Stuxnet All Over Again? What Happened at Iran’s Natanz Enrichment Facility? 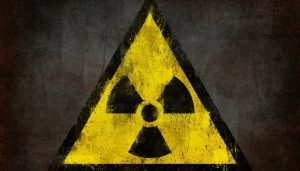 According to an announcement made on Sunday, Iran shared that an accident impacted the electricity distribution network at its Natanz enrichment facility. The nuclear facility went offline, with Israeli cyber weapons being put to blame for it, The Register reported.

What happened? Iran officials believe that the cause for the incident at the Natanz facility was a result of nuclear terrorism, but it seems that no radioactive material has been exposed.

“Few nations like the idea of Iran enhancing its nuclear capabilities, but Israel is implacably opposed to the idea. In 1981 Israel bombed a nuclear plant in the early stages of construction and in the early 2000s 2010 is thought to have collaborated on the Stuxnet worm that eventually damaged centrifuges used to refine nuclear materials at Natanz,” TheRegister explained.

Shortly after the incident, the Israeli Public Broadcasting Corporation, an independent public broadcaster, said that intelligence sources shared that the accident can be classified as a cyber-attack.

Is this accident an indication of a new Stuxnet operation?

In June, 2010, the devastating computer virus called Stuxnet was discovered lurking in the databases of power plants, traffic control systems, and other facilities around the world.

Stuxnet is more complex than any virus that has been released in the wild. Its capabilites included turning up the pressure inside a nuclear reactor or switching off entire oil pipelines while telling the system operators everything with their facility was normal.

Stuxnet was so sophisticated that it took researchers more than a year to reverse-engineer it. As F-Secure’s Mikko Hypponen said in an interview, some viruses take hours to reverse engineer, while Stuxnet took months to even begin to understand how it distributed from computer to computer.