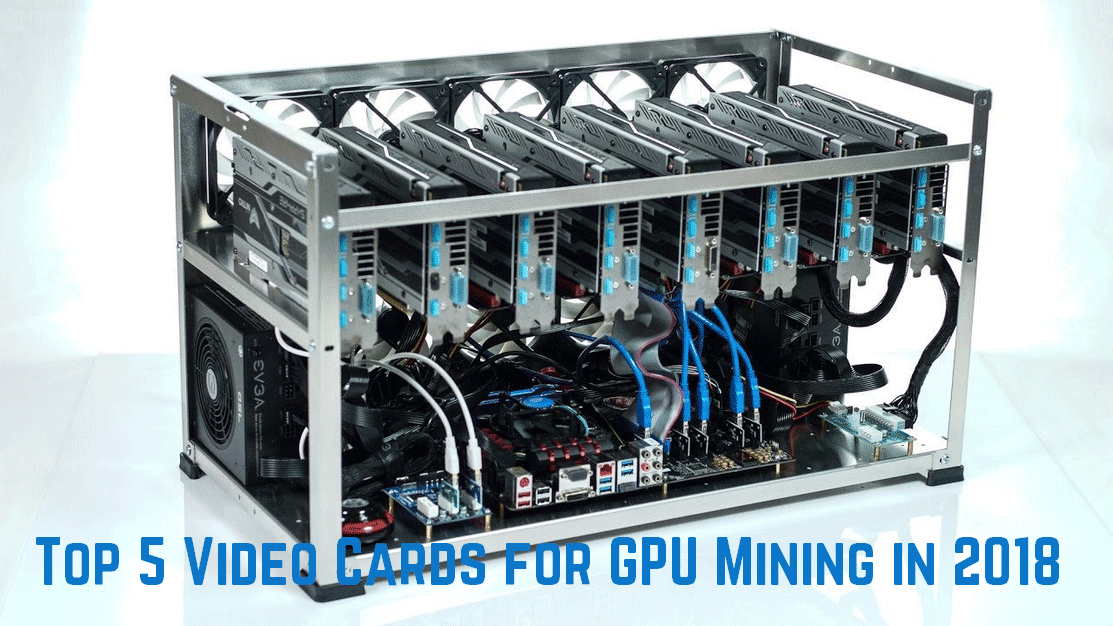 Inside this blog article you will find out what are the top five best choices for video cards if you have considered doing GPU mining. The following video cards are chosen according to various factors which influence how best to get out more hashes per second during mining. These factors are: the power consumption of the cards, their memory, shading units (Stream Processors or Cuda Cores) and their floating-point performance. We have also taken in consideration if buyers want to buy cards in bulk and their availability.

The video cards are rated considering all factors, but neglecting the price of the cards, since video card prices are raising constantly. The power consumption and core clock can be tweaked and that can lead to large differences in terms of the hash rate increasing or decreasing. In addition, some hashing techniques require more memory to be available. Thus, the classification of the GPUs below is not set, but rather positions the cards in terms of the first being with the biggest potential and the ones after being more limited compared to it.

NVIDIA GeForce GTX 1080 Ti has 11GB of GDDR5X memory and a memory clock of 11,000 MHz. That’s the biggest memory and memory clock sizes of all cards in the article. The core clock is only 1,480 Mhz, but with 3584 Cuda cores (shading units). The floating-point performance equates to 11,340 GFLOPS which is an amazing achievement. The combination of having larger memory and float performance means that the hash rate has the potential to be higher than most graphics cards that are sold in bulks on the market.

The NVIDIA GeForce GTX 1080 Ti requires a 1x 6-pin and a 1x 8-pin power connectors and its estimated power consumption is around 250 Watts. The power draw is higher than all other GPUs mentioned in the article, but it is more than justified based on all other specifications of the video card. 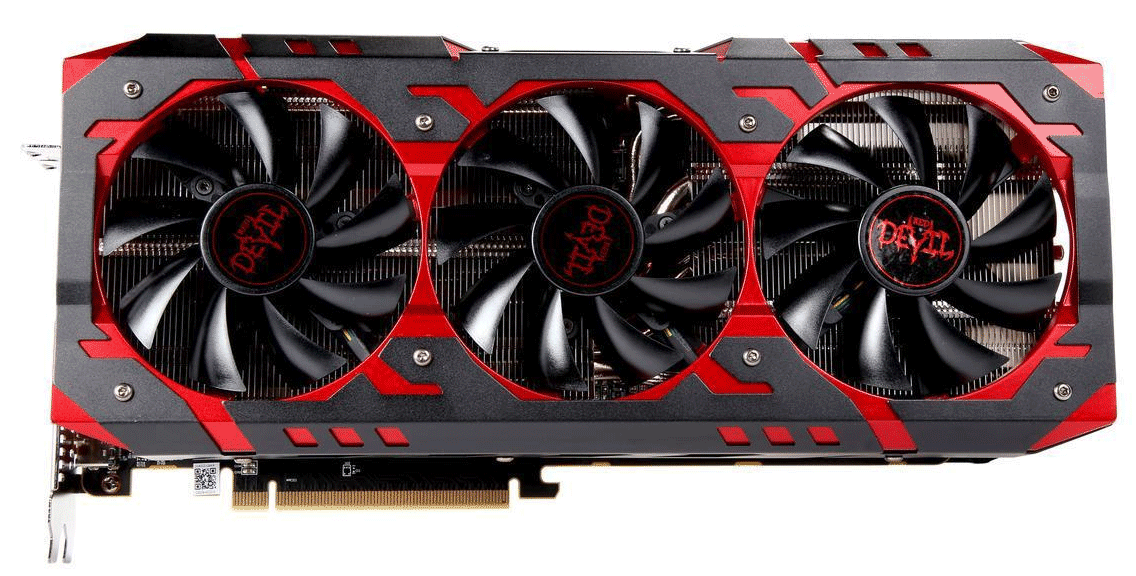 AMD Radeon RX Vega 56 has 8GB of HBM2 memory and a memory clock of 1,600 MHz. That’s a gigantic difference in the memory clock compared to the NVIDIA GeForce GTX 1080 Ti but also a newer memory technology. Some might argue that the newer technology is not yet adapted for efficient hashing, but it is really not a deciding factor, when the memory bus of the card is 2,048 bit! The core clock is only 1,156 Mhz, but with 3584 Stream Processors (shading units). The amount of shading units is the same as the 1080 Ti card, and although Cuda Cores and Stream Processors are different names for the same thing, they differ in performance results.

The floating-point performance equates to 10,544 GFLOPS which still outperforms most other cards on the current market. The AMD Radeon RX Vega 56 requires a 2x 8-pin power connectors and the estimated power consumption is around 210 Watts. Two connectors and high power usage, but having a great potential and having a great cooling system, this card packs a powerful punch. 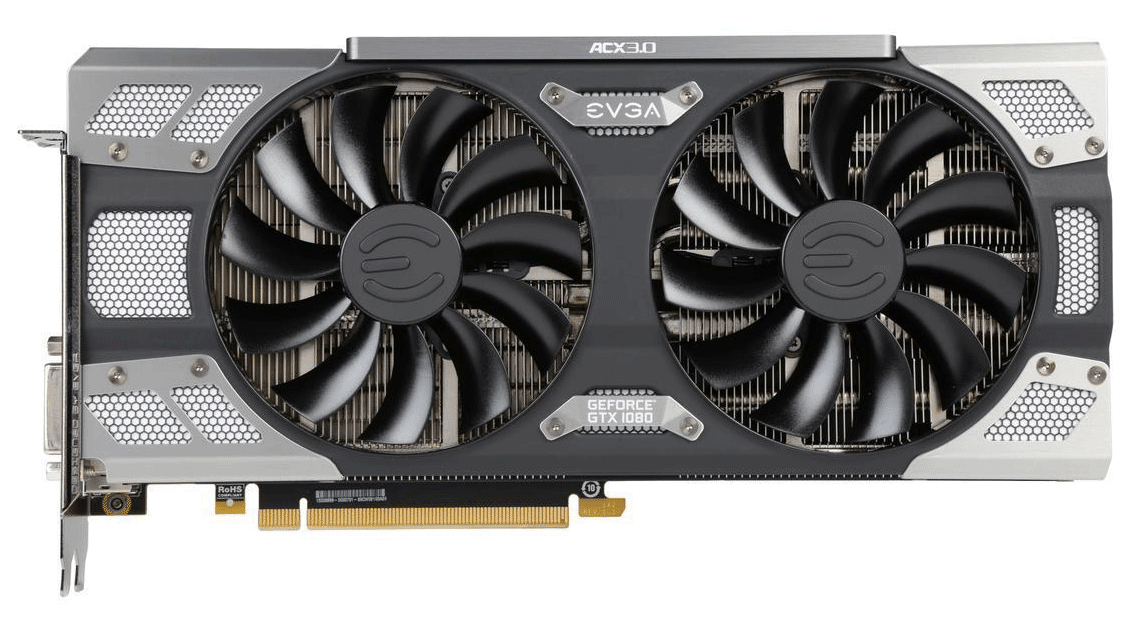 NVIDIA GeForce GTX 1080 has 8GB of GDDR5X memory and a memory clock of 10,008 MHz. The core clock is 1,721 Mhz, while the Cuda cores (shading units) are 2560 in number. The floating-point performance amounts to 8,228 GFLOPS which is still okay for mining but indicative that the video card performs slower compared to the previous two mentioned above in the article.

The NVIDIA GeForce GTX 1080 requires a 1x 8-pin power connector and its estimated power consumption is around 150 Watts. With the measly 150 wattage and the high core clock, the GTX 1080 is still a solid choice to be considered for mining cryptocurrencies.

NVIDIA GeForce GTX 1070 Ti has 8GB of GDDR5 memory and a memory clock of 8 Gbps. The core clock is 1,607 Mhz, while the Cuda cores (shading units) are 2432 in number. The floating-point performance equals to 8,186 GFLOPS which is near the same digits as the NVIDIA GeForce GTX 1080 mentioned above in the article.

The NVIDIA GeForce GTX 1070 Ti requires a 1x 8-pin power connector and its estimated power consumption is around 180 Watts. GTX 1070 Ti is still a nice card with overall balanced statistics, which could be easily considered for mining specific cryptos, especially if planned for bulk-GPU configurations. 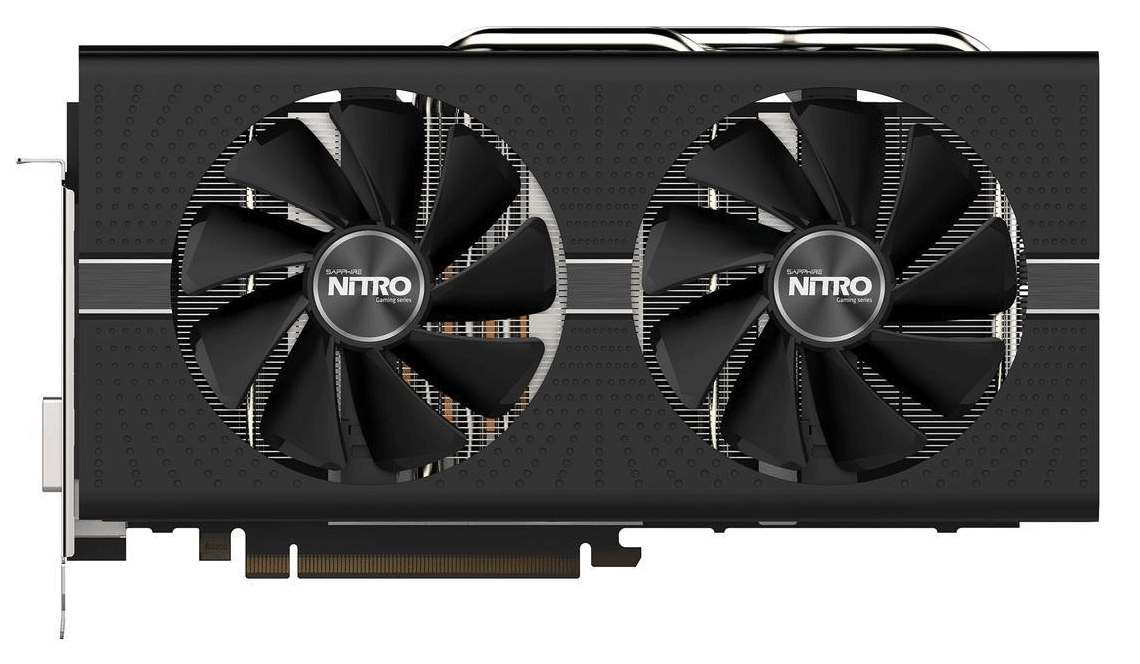 AMD Radeon RX 580 has 8GB of the older, but still very much viable GDDR5 memory and a memory clock of 8 Gbps. As to the core clock – it is 1,257 Mhz, but with 2304 Stream Processors (shading units). The amount of shading units is the lowest of all the previously mentioned video cards which leads us to the unsurprising floating-point performance of just 6,175 GFLOPS. That is still a lot more than a lot of other GPUs.

The AMD Radeon RX 580 requires a 1x 6-pin and a 1x 8-pin power connectors, while the estimated power consumption is around 185 Watts.

Note that in some countries the cost of power of running a mining rig (no matter the quantity of video cards) makes it hard to profit from the whole activity. The wattage of the GPUs can vary between brands as well as the cooling of the cards, which is an equally important factor. To add to that, GPU mining motherboards along with other factors such as a fitting Power Supply may influence your purchasing strategies to a huge extent.