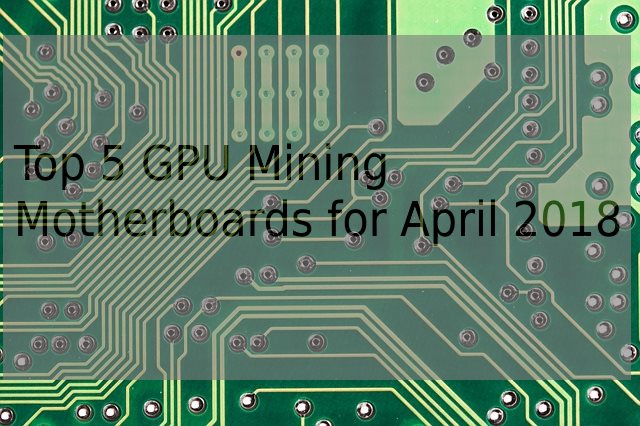 One of the essential components when it comes to GPU mining is the motherboard. Depending on its features and the included hardware support. This is the reason why potential miners need to carefully choose the most suitable product. Our top 5 article reveals some of the latest trends and favorable choices among all major vendors. 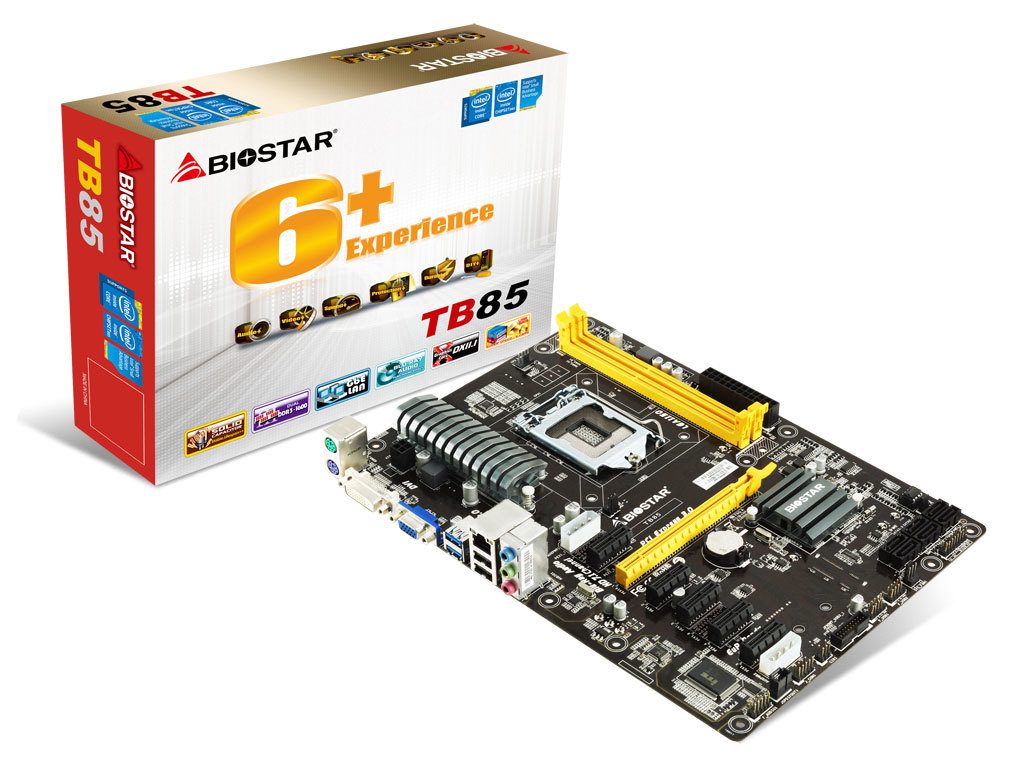 The TB85 motherboard from BIOSTAR is a common recommendation among rookie investors. It is an Intel Socket 1150 compatible model that features the stable B85 chipset and can be found for a cheap price in various stores. One of the many advantages is holds is the fact that all of the capacitors are build to last longer using a special technology. Building mining rigs can have it’s risks and this is the reason why ESD (Electrostatic Discharge) protection is included. To prevent USB failure the vendor has implemented a “Polyswitch” technology which incorporates an on board dedicated power fuse that protects USB devices.

By itself the motherboard can support up to 6 graphics cards (by having 5 x PCI-E 2.0 x1 Slot and 1 x PCI-E 3.0 x16 Slot) and 6 hard disk drives. This board is popular with mining rig creators as it includes a special circuit that can detect and prevent voltage surges which are common when overclocking the connected components. 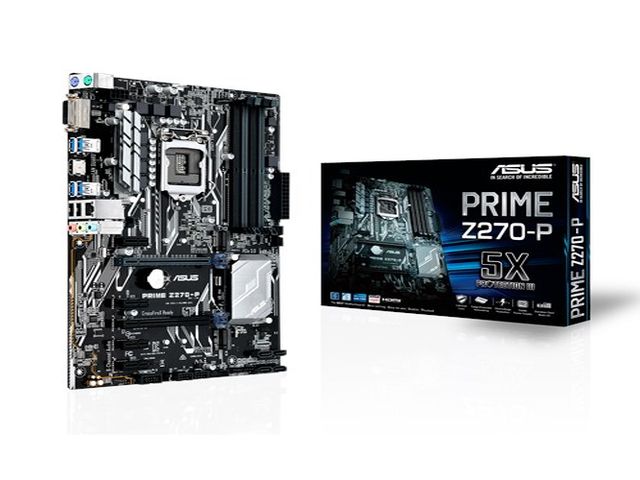 This particular model is praised as a piece on which a stable and performance-optimized rig can be produced. It is part of the “Prime” series which is tailored mainly for gaming users that require a platform that can sustain powerful components and prolonged use. As it is based on the Intel Socket 1151 with the Z270 chipset. It includes 6 PCIe expansion slots that are made with a specialist SafeSlot Core. This is a technology exclusive to ASUS that attaching the graphic cards with a special hook. This provides stronger retention and shearing resistance which is important with certain mining rig cases.

ASUS have placed built-in voltage regulations that can protect the hardware components from unexpected high voltage which is important in certain environments. This board features T-Topology technology which allows the memory to be overclocked to 3866 MHz and beyond without damage. 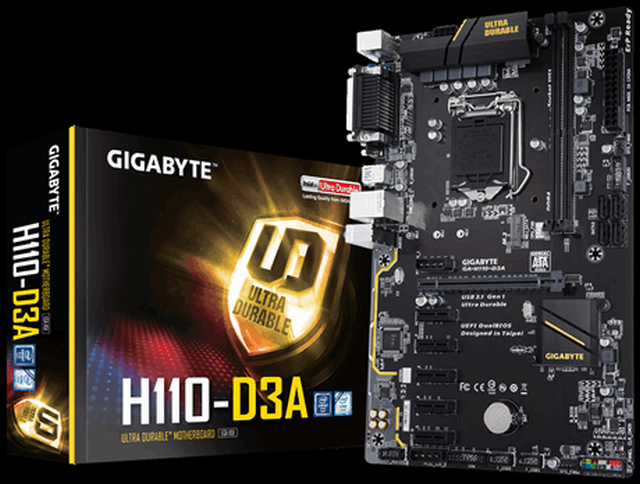 Gigabyte provide a special mining BIOS customization that is performance-optimized for the complex calculations. The on-board Gigabit Ethernet network interface includes cFosSpeed technology which minimizes Internet latency and can help maintain low ping times. Paired with the fact that it supports 6 graphics cards this is a recommended option for all investors. We highly recommend it because of its flawless build quality and many built-in features. It can also be used for high performance gaming and even workstations. 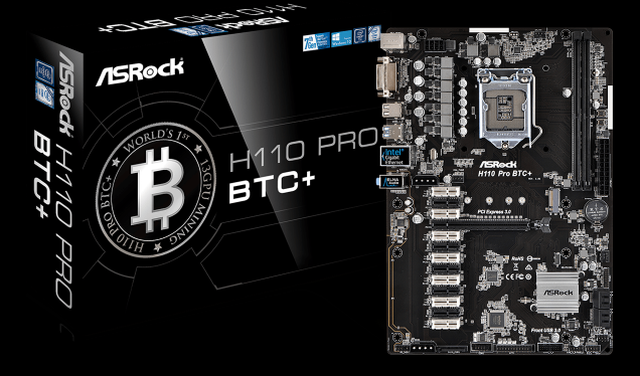 This card is highly praised among the cryptocurrency miners. It is based on the Intel Socket 1151 and includes support for 12 PCIE 2.0 cards and one PCIe 3.0 primary device. Already technology experts rate is as one of the best buys for 2018 so far thanks to the H110 chipset. The vendor has placed 2 ounces of copper inner layers which promises to deliver lower temperature levels during the maximum performance calculations. An interesting feature is the adoption of digital PWM (Pulse-width modulation) which provides CPU Vcore voltage in a more efficient way.

ASROCK include full spike protection for the peripheral devices (all USB and Audio ports) and the network interface. Even though the Microsoft Windows does not support 13 graphic cards at the moment this might change in the future. In such cases the ability to use maximum load on such an optimized motherboard will allow for maximum ROI (return of investment). 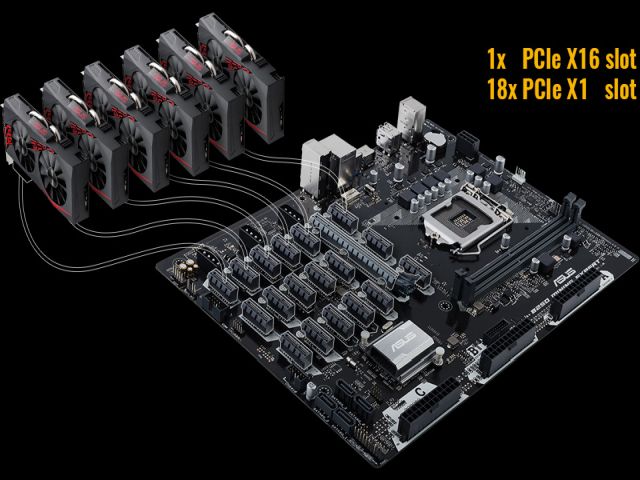 The B250 Mining Expert from ASUS is recommended for users that want to achieve the maximum possible GPU mining performance at this time. This is the first Intel Socket 1151 board that supports 19 PCI Express slots. Using the recommended configurations the owners can load it with the appropriate cards. The motherboard has been created for such use cases and includes voltage-stabilization capacitors. This ensures that the board will have prolonged life in the case 24/7 mining is employed.

Each graphics card can be managed and monitored using a special “PCI Slot State Detection” feature. Before the mining rig is launched a special BIOS mode can be enabled which switches on the recommended settings that should enable maximum performance and at the same ensuring hardware and software stability.