The Unc0ver Jailbreak Roots and Unlocks All iOS Devices 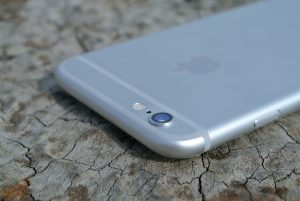 A new iOS jailbreak was recently released by a group of cybersecurity experts and reverse engineers, known as the Unc0ver team.

The jailbreak, called UnC0ver 5.0.0, can root and unlock all iOS devices, including the ones running the most recent version of the operating system – iOS v13.5.

How is the UnC0ver 5.0.0 iOS jailbreak possible?

The jailbreak is based on a zero-day vulnerability in iOS. What is worse is that Apple isn’t aware of the issue. The zero-day was uncovered by the Pwn20wnd hacker, who is a member of the Unc0ver team. This is the first time in five years that a jailbreak package can root a current version of iOS, Pwn20wnd says, as previous jailbreaks usually utilized older, and didn’t work on the latest iOS.

The Unc0ver 5.0.0 jailbreak can be used from various devices, including iOS, macOS, Linux, and Windows. People who are interested in using it can find instructions on the official Unc0ver jailbreak website.

Jailbreaking iOS devices usually is not recommended because it could make the device susceptible to malicious attacks. Nonetheless, Pwn20wnd says that the latest Unc0ver doesn’t interfere with the iOS security features.

What is Apple doing when a new jailbreak working on its current release of iOS comes into play? The company usually is quick to release a security update to address the zero-day vulnerability which the exploit is using.

In 2019, an iOS exploit that affected all iOS devices running on A5 to A11 chipsets was discovered by a researcher known as axi0mx. Dubbed checkm8, the exploit leveraged vulnerabilities in Apple’s bootroom, or SecureROM, which allows deep level access to the iOS device.

The jailbreak, however, was not permanent, and it would only work until the next reboot of the device.