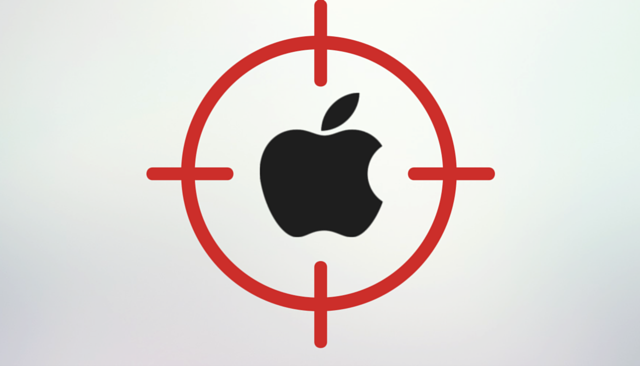 Apple has released their security report concerning several critical updates that were discovered on their last IOS 10.2 version. Anyone who is using it is advised to immediately install their latest update and patch those exploits to increase the security of the device. The exploits were critical in the sense that one can even obtain access to control functions of the device being hacked if those bugs are used in an exploit attack. We have decided to explain the function of every exploit.

Another accessibility vulnerability discovered by Miguel Alvarado which is also for the above-mentioned devices is connected with the ability to access photos as well as contacts from the lock screen, without even unlocking it. This issue was fixed by limiting the options that can be accessed from a device which has been locked.

Concerning the latest iPhones and iPad devices, the vulnerability can result in the failure of the restarting of the authorization options when you are trying to uninstall an app that has such. Discovered by Trend Micro researchers Ju ZZhu and Lilang Wu, it was fixed by improving thoroughness while performing an uninstall.

This vulnerability is primarily oriented towards the control of the feature “Find My iPhone”. It results in the successful ability of the hacker to disable this feature which could hypothetically mean the successful theft of a device. The issue was first discovered by Sezer Sakiner and was fixed by improvements made concerning the account storage information.

This bug was discovered by Moataz El Gaml of Schlumberger, and it is the ability of the hacker to perform a DOS (Denial of Service) attack as a result of sending the victim a video that is with malicious code in it. As soon as the alleged victim watches the video, his device becomes non-functional. There were improvements regarding how the input of media is delivered and validated.

This bug concerning the capturing of images also exists for the latter than iPhone 5, iPad 4th and iPod touch 6th generation devices. It is the ability of a malicious device that interacts with the device physically to inject a malicious code and execute It. To fix this issue, discovered by Andy Davis from the NCC Group, Apple has improved the validation of any input by the USB image devices.

Mainly related to the authenticity of the login of the devices, this vulnerability results in preventing the screen to auto-lock after a timeout during which the mobile device is idle has expired. Mainly related to the Touch ID of the devices, the root of this issue comes from the timer of the Touch ID request being displayed. The fix for this issue, discovered by an anonymous researcher was done by improving how exactly the timer itself reacts to an idle state.

This vulnerability was also discovered by an anonymous researcher thanks to who Apple was able to fix a failure to check S/MIME policy validation and even if the certificate displayed was not valid, the policy checker will not detect it. The result of this issue is that a phishing or other suspicious e-mail with an expired or a fraudulent certificate could be sent as a valid one and there is no way to detect it. Fortunately the issue was fixed by personally contacting the user upon receiving a mail with a non-usable certificate.

This vulnerability is a bit more interesting than the others. It is not known who discovered it, but if someone knows it, he or she can view photos and even contacts directly from the lock screen of the user by performing several activities which trick the device. To fix the issue, Apple have undergone patches of the media selection and how it is managed. They have also added an extra layer of security by introducing improvements in validation.

Discovered by unknown, this vulnerability results in the ability to unlock the device by taking advantage of the issue concerning the attempts performed on the passcode screen. This makes anyone who knows the vulnerability with physical access to a iOS 10.2 device able to remove the lock screen and gain complete access to the device. Discovered by Anonymous, the fixing of this issue has been performed by improving the management modules.

This vulnerability again, similar to CVE-2016-4781 can make it possible to access an iOS device by simply keeping it unlocked. This issue derives from the Siri Handovv and communication. It was fixed by improving management protocols.

The security concerns over Apple’s latest iOS version 10 were confirmed, but the good part is that the company has quickly addressed those issues rapidly and everyone who is using the above-mentioned devices should immediately perform an update to patch those vulnerabilities.