What Users Need to Know About Near Field Communication (NFC) 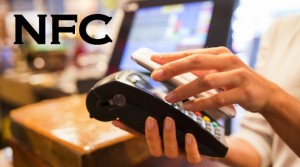 Computer technology experts say that NFC is the next big thing that will be applied by the new mobile phones that are presented on the market. Though new to the users and yet to be adopted by the masses, the technology was established back in 2003.

NFC, namely Near Field Communication, is a new technology that provides wireless transmitting of data from one hardware device to another object in case the two objects are within 10 cm from each other.

For the NFC technology to work, the two devices – the smartphone and the terminal and they both need to have embedded NFC chips and antennas.

What to use NFC for?

The NFC technology could be used to exchange contact information with another person wirelessly by placing the phone against another phone. It can also be used against a computer or a laptop for sharing photo files.

This technology is also used in marketing. The user can tap his phone against a sticker or a movie poster with an embedded NFC chip, and this get more information about the movie.
Until that moment, the largest usage of the NFC technology was used for making payments.

Is NFC better than tapping the credit card?

Many users with the newer credit cards in hand are already using the tap-to-pay method. The inventors of NFC say, however that the NFC technology through the smartphone is easier and faster to use than a credit card.

In general, the mobile payments in the United States are divided into two main streams – one part of the people are using NFC, Google Wallet, Verizon, T-Mobile and AT&T, while the other are using software like PayPal, Square, Apple (Apple Pay) to make their mobile payments.

Which are the phones equipped with NFC?

People who like the NFC technology and want to use it in their everyday payments should buy phones that are equipped with it. The smartphones that are available in the United States are have the NFC technology include Google Nexus 4, Motorola Droid Razr M, Nokia Lumia 820, BlackBerry Z10 and BlackBerry Q10, Samsung Galaxy Note and Galaxy S III, Sony Xperia Ion, LG Intuition, HTC Evo 4G LTE.

Where can NFC be used?

It is still not clear how many retailers accept NFC phone payments. Some users who have found stores that accept NFC smartphone say that sometimes they have to tap the NFC smartphone against the terminal for payment for several times until that payment is accepted. The experts are positive, however, that the payment through smartphones using NFC will get easier with time.

Is NFC secure to use?

Many users are concerned with the security of the NFC technology and are wondering what they shall do if they lose their NFC phones. They should all be calm as the NFC technology uses several security layers. When the NFC smartphone is connected to the credit card, the data is stored in a small hardware part of the phone which is either the SIM card or another place and this data is encrypted. In addition to that, the user has to insert a personalized PIN code on the phone to make the payment.

In case the NFC smartphone is stolen, the user can disable the payments by visiting a website or calling the services, as well as call the credit card companies and cancel the cards.

Is NFC part of the future?

The experts in the filed say that NFC technology is up to five years max from being part of our everyday usage. It has been used in Europe and in Asia, and there are expectations that it will be widely accepted as a payment method in the United States as well.