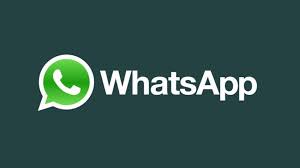 WhatsApp, the worldwide famous messaging application have recently announced that they have implemented a secure text protocol for end-to-end encryption for all its users. They should not do anything though – the encryption will be installed automatically with the next message application upgrade.
WhatsApp have done that in collaboration with Open Whisper Systems – a company developing secure encryptions for various operation systems, acquired by Twitter in 2011, altogether with its founder – Moxie Marlinspike.

Billions of messages are being exchanged daily through WhatsApp and its newest Android version includes support for end-to-end text secure protocol. The group messages and media posts do not have a new encryption yet, nor do the applications installed on other operation systems, but WhatsApp and Open Whisper Systems are continuing working together on these as well.

The text secure end-to-end protocol will be gradually released individually for each operation system, but this would take a while as this has to be done individually on every one of them.

→We have a ways to go until all mobile platforms are fully supported, but we are moving quickly towards a world where all WhatsApp users will get end-to-end encryption by default.’, Open Whisper Systems developers said.

Still the beginning
The company is developing a messaging application of its own as well – TextSecure app. The company’s developers are very grateful for the WhatsApp collaboration though. Based on its huge amount of users they have learned a lot during the development and implementation of a secure encryption, they say. They are very happy of the fact that they will be able to use that experience in other design solutions and integrations for the future.

Big Decision
WhatsApp’s decision for taking such secure measurements is one of the first in series of such for the big technology and internet companies. This came as a result of the USA’s National Security Agency revelations on the internet security earlier this year. Other companies like Yahoo and Google are still implementing some, but processing billions of messages a day still leaves WhatsApp at first place.
The company deserves a big praise for the time and efforts dedicated to this project. Although it is still at the beginning of the implementation, this would be the biggest integration of end-to-end encryption in history by now.

‘Brian Acton and the WhatsApp engineering team has been amazing to work with. Their devotion to the project as well as their thoroughness in getting this done are inspiring in a world where so many other companies are focused on surveillance instead of privacy.’, Open Whisper Systems developers said.