Home > Cyber News > Why Is Twitter Down?
CYBER NEWS

If you are a Twitter user, you may have just noticed that Twitter has broken, with the website and mobile apps being unavailable. Users have been reporting Twitter being inaccessible all around the world.

Apparently, visitors were presented with a message informing them that ‘something is technically wrong’ and letting people know that the problem is being fixed.
Here is the message: 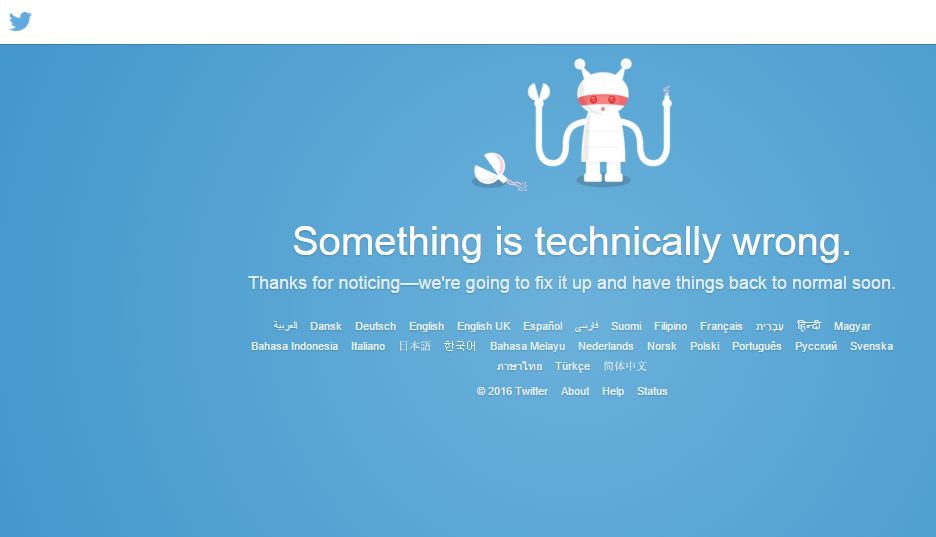 Apart from Twitter, Tweetdeck was also down. In addition, the Down Detector page has been flooded with user reports such as: 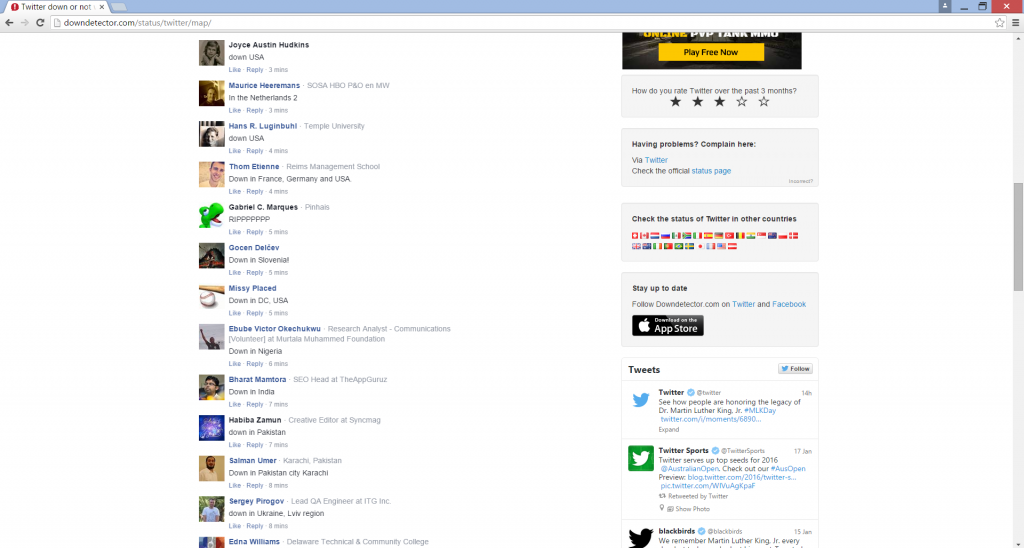 About 18 hours ago, Twitter has posted a statement saying that:

Between 06:23AM and 06:33AM PST some users were experiencing issues accessing Twitter via mobile and web.

This issue has now been resolved. We apologize for any inconvenience.

Some users are currently experiencing problems accessing Twitter. We are aware of the issue and are working towards a resolution.

In addition, we made a short video in which we show you what goes wrong when you attempt to access Twitter at the moment:

We will keep you posted, as soon as we get an update on the story. Nonetheless, we are contemplating on the reason of Twitter being down. Let’s hope it’s not as bad as it seems!