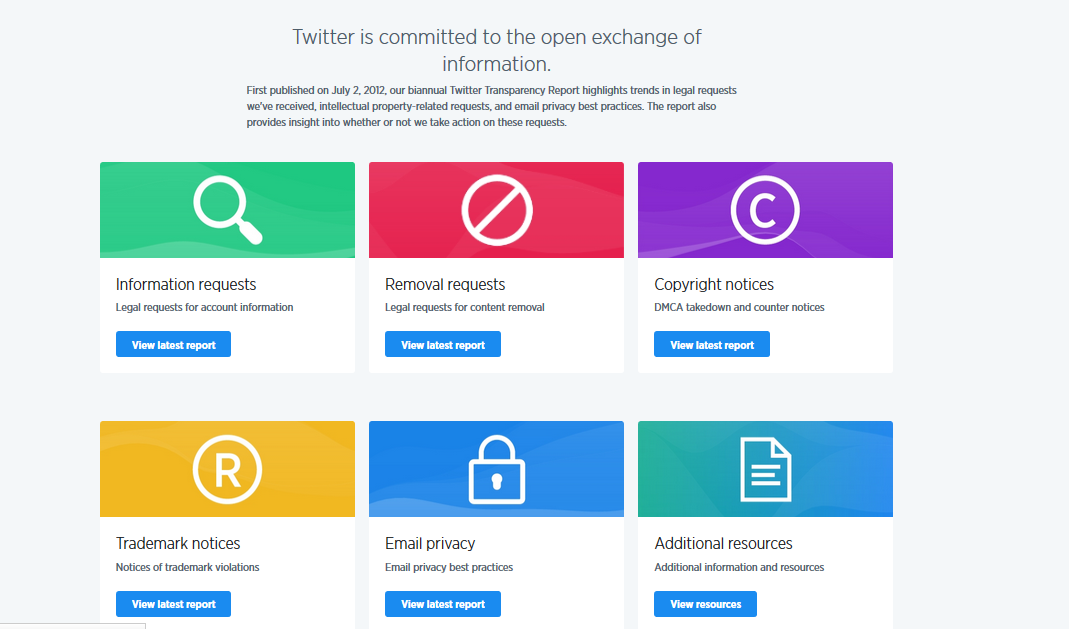 Have you heard of Twitter’s biannual transparency report that analyzes the legal requests received in regards to user information? Well, the second biannual report for 2016 is already a fact and it definitely should be read carefully.

I haven’t read the previous reports released by Twitter but DigitalTrends says this one is much better than its predecessors. The report visualizes information in a more efficient matter, providing “a clearer breakdown of the numbers, and more specific details regarding Twitter content”.

Of most interest to the average user would be the information requests by governments, followed by best email privacy policy according to Twitter. Let’s have a look at the first.

5,676 is the total of government information requests received by Twitter, with 13,152 accounts being specified. Not surprisingly, the US has made the most requests – 2,520 requests and 8,009 accounts specified. This equates to 44 percent of the total requests received by Twitter. By having a look at the numbers, it seems like the US has made requests concerning groups of accounts at a time. Furthermore, since the initiation of the transparency report, Twitter has outlined the U.S. law enforcement agencies that produce the highest volume of information demands:

Overall, Twitter has received 2% more government requests for account information affecting 8% more accounts during the first half of 2016 compared to the previous reporting period. One reason for that is the addition of several new countries that have issued info requests – Bermuda, the Czech Republic, Estonia, Jordan, Macedonia, Malta, and Mongolia.