Microsoft has left in Windows 10 the keylogger from its “Technical Preview” versions, even after the official release of the operating system in July. It was previously stated by Microsoft that they may collect data from everything you say, type and write, which was only for the beta testers that agreed to those terms.

What is Scary About Windows 10 Keylog Tracking?

Last year, we at SensorTechForum wrote an article about the Windows 10 keylogger. Judging by the past statements from Microsoft who claimed that such capabilities as keylogging are only “intended for testing, not day-to-day use”, we assumed that the final, public release of their newest operating system, Windows 10, will be free of them. That proves to be untrue, as Microsoft openly admits in their FAQ that Windows 10 still has those features:

→We also collect your typed and handwritten words.

Also, when installing a commercial copy of Windows 10 you get the following window: 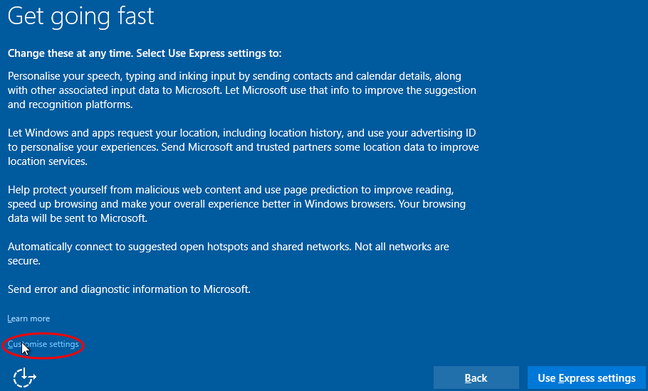 There it also says that data such as “speech, inking and typing” will be sent to Microsoft. Other important things there, to take note of, are: “Send Microsoft and trusted partners some location data…” and “Your browsing data will be sent to Microsoft”. Who are those “trusted” partners? There is no way to know for sure where your information is sent. Can you turn those settings off? Yes, at least for the keylogger and the speech data.

How to Turn Off the Keylogging Settings

If you don’t want your personal data being shared, do the following:

The “Get to know you” setting: 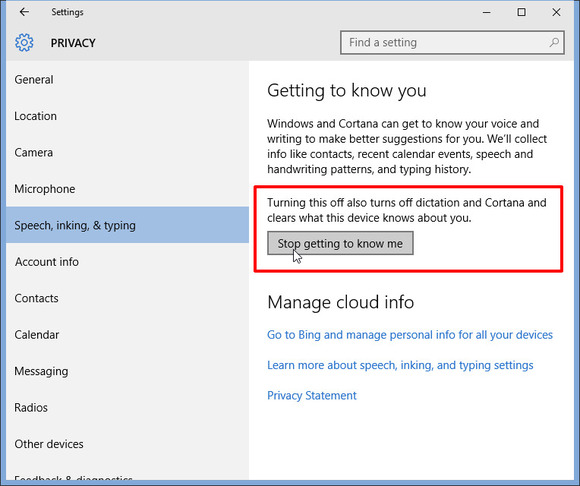 The “Send Microsoft info about how I write…” setting: 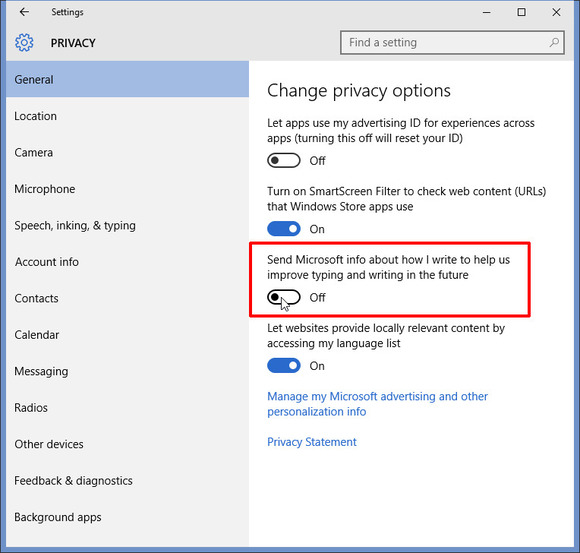 You might want to go through all other settings in the “Privacy” menu, opt out of Microsoft personalized advertising setting where you can also get acquainted with their “Privacy Statement” section.

How do you feel about Microsoft leaving such privacy settings ON by default and collecting various personal data in this way?