Windows 10 October “Redstone 5” Update – What Will It Have 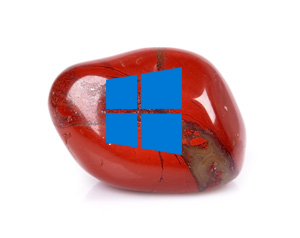 Windows team has been gearing up it’s 10th version for a new update, whose main goal is to introduce new features and remove some of the older ones, like the discussed for quite some time Snip tool. Will the update result in positive feedback among Microsoft users or will it end up in another scandal around Microsoft we are yet to see.

What Will Redstone 5 Have?

The latest Redstone 5 update is more of an incremental update to Microsoft’s main operating system than radical one. It introduces several new featues which have been tested for quite some time now. In this article we are going to explain more about what those features are and how you can benefit from them. Let us start.

One of the features which is particularly interesting is a feature which dakens your Windows 10 theme. This is very necessary for some users, because it is widely believed that the dark theme does not irritate the eyes as much as the bright white one. So far, this theme can only be changed for the new settings and tweaks menus for Windows 10, but your average file explorer window would still remain bright. So with the new update, this will be over soon and we suggest you to try it out.

To briefly explain this feature, basically it will allow you to easily access history of items copied to clipboard, so if you have copied items that you have lost, you can now re-copy them instead of having to manually look for the items. This feature is particularly useful when it comes down to difficult to find items and accidental folder closing. Another part of this feature is to automatically synchronize copied text or items and then use it the way you prefer. Useful tool, but you should not use it a lot if you are used to copying your passwords, since it represents a security risk too.

The Your Phone app is the type of app, created to allow users to synchronize their phone’s work with Windows itself. The app allows for sers to save and synchronize all their phone’s content with a new feature – you can now text from your Windows machine directly from your PC without having to access your phone at all, since any responses and message are sent via the phone itself.

The Redstone 5 has become well known in the Microsoft community for removing one tool that has been used for qute some time and that is the older Snip tool. Ofcourse Snip tool is not the only way you can take screenshots as it can also be done by Windows hotkeys. However, many have used snip tool with the main idea In mind that they can screenshot only the part of the screen they need without having to use paint or other software for re-editing.

The new screenshot tool, also called Clip Tool aims to simplify this even more by combibing the screenshot button with the snip tool at a press of a button and also adding the Screen Sketch app to allow modifying such sreenshots in different way. The Clip Tool can also work in different shapes as well, making it this more flexible.

The Windows Defender program is the type of tool which is used to block malicious programs and other types of unwanted software and viruses. The program will also undergo an update with a new name and likely a new theme to make it more attractive and usable than third-party antivirus software. The new and updated software will also have new features focused on blocking applicatoon for suspicious users.

The New Features in Notepad

The new features in Nodepad are definitely something people have been waiting for a long time as it now has line breaks that can help Linux and Mac users to edit lines and interact with the usage styles. So now you can freely open text files edited on Linux or Mac machines and use those text files to your benefit on Windows as they will apear eaxtly the ame way. Another feature that is added to Notepad is the fact that you can now use search terms on Bing with the idea of being able to search a term on the text file in case you do not understand it. Furthermore, Notepad also offers to replace a specific word that you find with another word, similar to what most Microsoft Office programs offer as a service. And if that isn’t enough, the users of the updated notepad can also zoom into text and make it bigger or smaller in size very quickly. And last but not least important, notepad now can be opened in tabs to each window, although it has been reported that Microsoft is still working on that.