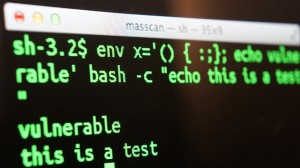 It has been confirmed that another 1 billion accounts were compromised back in 2013 when the company Yahoo was hacked by what many believe to be a state-sponsored attack. Back then the same accused perpetrators were reported to hack 500 million accounts in different attacks, the company announced.

The Yahoo report informs that multiple third-parties had access to Yahoo’s user data. And after an investigation was conducted by the company and other external investigators, it was revealed that the situation is coming down to the theft of user data from Yahoo accounts.

Yahoo has explained that the hack, happened back in 2013 has resulted in the theft of approximately a million accounts. The data stolen was related to personal information like addresses, phones dates as well as passwords to accounts. The company has explained that passwords which were grabbed were not In plain text and this data cannot be read because it is concealed.

In addition to this, the attackers who were behind the hack somehow managed to gain access to accounts without the usage of any passwords, but instead using malicious cookies. The company still believes that this is an attacked that was backed by a government institution.

At the moment it is difficult to know who was behind this attack, but another attack has been conducted on their servers in the 22nd of September, 2016. The company has stated that they believe that this accident may not have anything in common with the other accident.

Yahoo has already notified all of the users of the service to immediately restart their passwords and the company also recommends to add additional layers of protections, such as security questions and phone verification. It is also advisable to avoid clicking on any web links that are unfamiliar to you.

Yahoo has made some changes to increase their security and coordinate with law enforcement to detect who was behind the hack. In the meantime, users are advised to employ malware protection to increase any phishing and malvertising defense on their own devices.