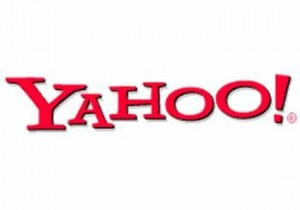 The personal information of the users that has been collected by companies such as Facebook and Google has turned them into targets for the intelligence agencies and governments looking for information. At the same time, however, the number of the government data requests on Yahoo has been falling. It its third report concerning the requests, which was issued in the middle of September, the company revealed that during the first half of 2014, it received approximately 18 000 requests for user data from various governments throughout the world.

The professionals working for Yahoo, stated that they evaluate the requests very carefully in order to minimize the disclosure of data. Even so, they still disclosed data in approximately 12 000 cases in the first half of 2014, which number builds to more than half of the total requests. It should further be stated that the company has disclosed data for 5600 of the United States government requests, which included national security letters and content requests concerning the Foreign Intelligence Surveillance Act valid for national security purposes. Companies like Yahoo however are not legally allowed to say more about the cases.

Experts say that the falling number of the requests could mean that Yahoo is now not that compelling company for the governments to target. At the same time, Google reported 15 % increase in the government data requests with a total number of almost 32 000. The government data requests concerning the data share in Dropbox show an increase too. Facebook has still not shared data yet concerning the first six months of 2014. In the second half of 2013, the company reported approximately 28 000 requests.

Yahoo professionals consider that the falling rate of government data requests in Yahoo is not an indication that these governments are not in need of data, it is rather a sign that they use other ways of reaching people’s data and personal information. After all, part of the leaked documents that came from Ed Snowden, the former U.S. National Security Agency contractor, indicate that U.K. intelligence agency GCHQ possesses numerous webcam images of Yahoo users. Users should know that the government data request in Yahoo do not cover Tumblr, since Yahoo acquired it last year. The data requests from Tumblr are not many now – only 462 for 2013, and just 194 for the first six months of 2014.