YouTube with a Music Key for Premium Music Experience

Google now makes a new shot at the premium music service by the so called YouTube Music Key. This will be the name of the music subscription service that will be provided by Google through the YouTube channel. It will offer to the users offline listening, playback and much more and is expected to be free of ads. Rumors about that have been circulating the air, based on a few leaks. According to the Android Police, the new subscription service for YouTube music will have some unique elements and features. 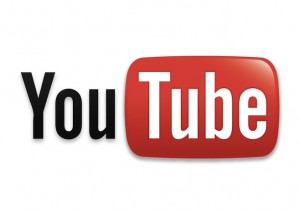 YouTube Music Key is expected to be similar to other subscription services, providing saving of videos and songs for playing offline afterwards. This will be an audio only music subscription service that will cost the users 9.99 USD per month. By paying this monthly subscription price, the subscribers will have access to YouTube Music Key, as well as to the already running Google Play Music Key, which is the new version of the Google Play All Access program. Rumors go that YouTube Music Key will cover artists’ catalogues, as well as remixes and concerts. Last month Google bough the streaming service Songza, which today may be interpreted as an effort for the company to improve the quality of its upcoming music service.

For many years now YouTube has been offering free music sources for millions of people but due to the video it was not in the position to compete against programs such as Spotify, Rdio and Beats. Yet, the launch of the YouTube Music Key brings some serious questions too associated with the content owners and how will the revenue be divided. This is so as YouTube relies on content that is owned by music labels as third party companies. That is why Google has to think of a way in which to compensate the owners of the content.

Availability is another issue that Google might need to face concerning the YouTube music subscription. Currently Google Play All Access is available only in 34 countries and Google has to find a way for operating on more countries worldwide.