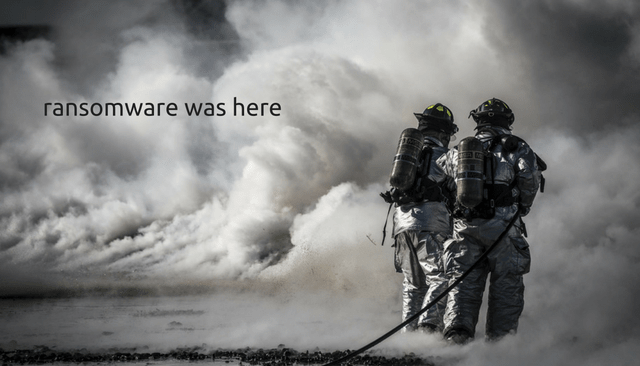 The Bristol Airport in the UK has become a victim of a ransomware attack. As a result, the airport’s in-house TV screens needed to display arrival and departure flight information were affected and literally blacked out. The attack happened several days ago, on Friday morning, as visible by the airport’s social media accounts who were alerting passengers all weekend to arrive early and ensure more time for the check-in.

How did the Bristol Airport handle the situation?

It is indeed impossible for an airport to function properly without displaying arrival and departure schedules. So, to handle the outcomes of the ransomware infection, airport employees had to get creative. Apparently, they were using paper posters and whiteboards to announce all flight information, for nearly three days.

Passengers were also sharing photos of the situation via Twitter, with a pinch of sarcasm: 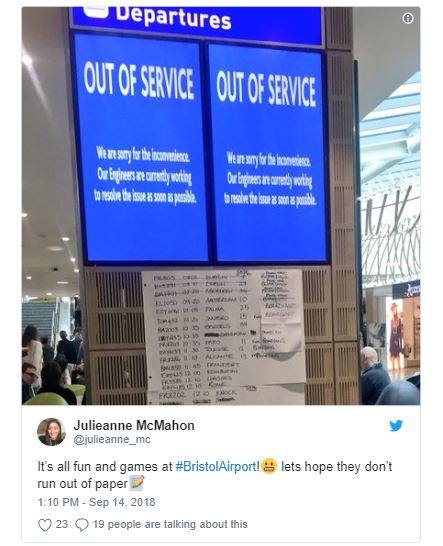 How do airport officials plan to act on the ransom demands? Shortly said, they are not willing to pay cybercriminals. Instead, they took down their systems while working on the compromised computers.

Fortunately, the ransomware attack had no effect on airport business and no flight delays have been reported. The airport was back to normal on Sunday morning, when it fully recovered its systems and the screens were also working properly.

The Bristol Airport also thanked passengers for the understanding and the patience in a tweet. “Digital screens are now live in arrivals and departures. Work will continue to restore complete site-wide coverage as soon as possible,” the airport tweeted. A photo of a fully recovered TV screen was also featured.

There have been other cases of ransomware targeting airports, as well as hospital, schools, universities, etc. On July 24 this year, an unknown ransomware virus has impacted the American part of the COSCO shipping lines. The company is the fourth largest provider of international container shipping services. The company experienced hardship in fully recovering local email and telecommunications network.

Oddly enough, on the very same day (July 24th) a ransomware hit the Anchorage Metropolitan Area in Alaska, USA and more specifically, the Matanuska-Susitna (Mat-Su) borough. At first only servers were being disconnected from each other, but soon phones, e-mail and the Internet access of the Mat-Su borough followed. The result of the attack was devastating as 500 Mat-Su desktop workstations and 120 out of 150 Mat-Su servers’ were encrypted, and borough officials had to re-enlist typewriters to do their jobs.