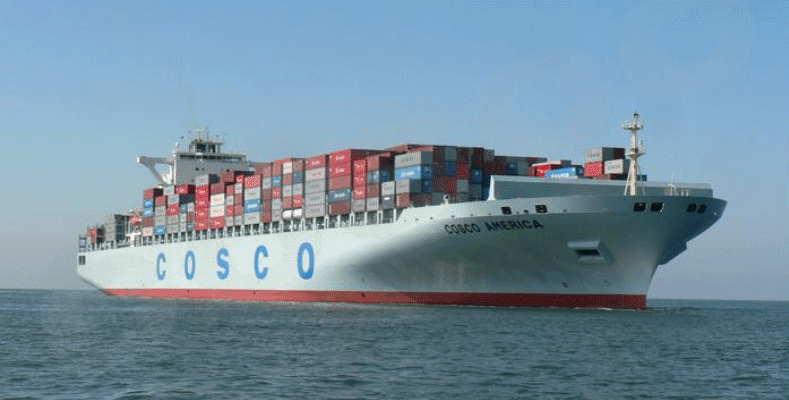 This article is about a recent network breakdown that has impacted the services of COSCO (China Ocean Shipping Company). On the 24th of July, an unknown ransomware virus has impacted the American part of the COSCO shipping lines. The company is the fourth largest provider of international container shipping services and is still having issues with fully recovering local email and telecommunications network.

Tuesday, July 24th, shipping conglomerate COSCO started having trouble with their electronic communications as they have been slowed down due to a cyberattack. Canada, Panama and Brazil are among the affected locations, including the Port of Long Beach, Los Angelis in the USA. Local email, network telephone and COSCO‘s US website are all out of order.

On the next day, the shipping corporation makes a statement about the attack, while assuring customers that other regions are outside the scope of the problem and communications between those regions and American-based ones have been cut off as a precautionary measure:

“Due to local network breakdown within our America regions, local email and network telephone cannot work properly at the moment. For safety precautions, we have shut down the connections with other regions for further investigations.”

COSCO has also said in the statement: “except for above regions affected by the network problem, the business operation within all other regions will be recovered very soon.”

Communication with the American offices is available, although at a slower pace, using normal phones and “hard-copy transmissions.”

A recent announcement made today, on the 26th of July, states:

“With the reliable confirmation from the technical experts that the networks in all other regions are secure, the network applications were recovered at 16:00 (Beijing Time) on 25th July in all the regions except the Americas. As of now, all the business operations have been back to normal in the regions with network recovered.”

COSCO SHIPPING Lines ensures that the American regions will soon gradually recover to full operational state, while services are still having issues. The shipping giant has also set in motion the following contingency plans:

During the network failure period delays are to be expected in the response of the service within the American regions. The shipping carrier advises its customers to remain patient and understanding as the issue will simply take time to be addressed properly.

COSCO being a conglomerate also has business relations with A.P. Moller – Maersk and just one year ago reported a similar cyberattack, which disrupted the IT systems of both companies.

This is not the first time that a ransomware virus has crippled the electronic services and operations of a large company. However, we hope this is the last time we see COSCO dealing with such a threat.