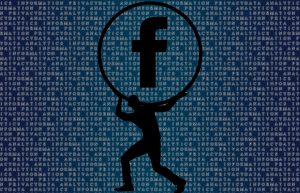 According to Canada’s Competition Bureau, Facebook has mishandled user information by creating the false feeling that users could control who could see and access their personal information via privacy features. The penalty is estimated at CAD 9 million, which equals USD 6.5 million, and EUR 5.9 million, Reuters reported.

As per Competition Bureau’s discoveries, Facebook’s privacy claims were not consistent with the way it shared personal data of users with some third-party developers.

How did Facebook react to the accusations? A company’s spokesperson said that despite Facebook not agreeing with the Commissioner’s conclusions, the company is entering into a consent agreement:

Although we do not agree with the Commissioner’s conclusions, we are resolving this matter by entering into a consent agreement and not contesting the conclusions for the purposes of this agreement,” a Facebook spokesperson said.

In February 2020, the Office of the Privacy Commissioner of Canada filed an application in federal court. The application was asking the court to declare that Facebookviolated Canada’s privacy law over the Cambridge Analytica case.

In 2018, it became evident that Cambridge Analytica which had professional relations with Donald Trump’s election team harvested millions of US voters’ Facebook profiles. What is more, the firm was headed at that time by Trump’s key adviser Steve Bannon.