How Cloud Computing Has Impacted Cybersecurity

Cloud computing is different from traditional computing in terms of access to information, inbuilt security layers, and means of containing an attack on the servers. Here is how it has impacted cybersecurity.

1. It has lowered the risk of cyber attacks

Most cloud computing service providers such as advanced managed detection and response services Gartner make use of artificial intelligence (AI) and machine learning to tend to the security of their servers rather than actual human beings. This enables them to monitor the security of the data around the clock. Unlike human error and boredom that can cause the technical team to miss vital leads to an impending attack, AI helps detect most threats before they occur or limit the damage caused by an attack before it spreads.

Also, patching up known flaws on the system is almost done instantaneously unlike the traditional system where a team has to write code, discuss it, have it approved and implement it manually. These features greatly increase the security of the data stored in the cloud as opposed to have the data stored in removable devices and an on-site server.

2. Has opened up new frontiers for cyberattacks

One of the advantages of cloud computing is increased flexibility and enhanced mobility. Bring Your Own Device (BYOD) enables staff members to access the cloud with their personal devices. It allows them to work from any corner of the world and reduces the cost of setting up IT infrastructure. Unfortunately, this opens up company information to data leakage and unauthorized access as personal devices are not monitored.

For example, it is easy for a worker to leave a phone connected to the cloud on the table when drinking with friends. A friend can pick the device and destroy the information out of malice. There is also an increased risk of malware attacks from keyloggers and intruders in the system. Organizations should come up with robust IT policies and teach the employees on ways to protect the company information.

3. Has made it easier for attackers to bring down organizations at a go

Cybercriminals can exploit the cloud to bring down thousands of organizations and devices around the world using the following methods.

DDoS (Distributed Denial of Service) attacks are some of the most common attacks on cloud environments. Most of these attacks involve flooding the victim’s network such that they deplete the available resources or fill up the bandwidth. When these attacks happen in a cloud environment, they affect the availability of the service which is spoofed by the attack causing downtime and loss of business. In addition, it could significantly increase the traffic to the server, causing higher internet usage bills.

The fact that all the critical data can only be accessed on the cloud means the company is put to a halt when such an attack happens. In traditional environments, it may still be possible for the company to work using locally stored information. Given that most company work on a shared platform, a DDOS attack is likely to take down several companies at the same time leading to immense losses.

In an IoT environment, devices communicate and make decisions without any human intervention. IoT devices access information on the cloud which they use for decision making. Unfortunately, a flawed code could lead to malfunction of millions of interconnected devices at once. Before the problem could be resolved, it could be a catastrophe in the making.

The cloud technology makes it easier for hackers to exploit thousands or even millions of devices and systems at once. The magnitude of damage is several times higher that targeting individual systems for the attack. Besides, the lack of global standards in managing cyber threats on interconnected devices has made it easier for hackers to target devices with weak defense mechanisms to gain access to other devices in the network.

4. Has reduced recovery time after a data disaster

There is a high chance that any successful attack on the cloud is likely to lead loss of data. However, most cloud technology providers have put in place a cloud disaster recovery strategy in place. It involves storing electronic replicas of the data in other servers to restore data that may have been lost during the attack. In a cloud environment, you can recover your data with relative ease and faster than the traditional computing environments. This is critical to reducing the length of the downtime. Moreover, since data backup happens automatically, there is a high chance that the data backed up is the most recent.

Cloud computing has opened up new frontiers into the world of computing. However, new cybersecurity challenges come with every new capability brought about by the technology. However, there are also areas where cloud technology enhances data security when compared to traditional computing systems. In conclusion, it is essential for organizations to develop robust security systems before taking the cloud for their computing needs.

About the Author: Rick Deldago 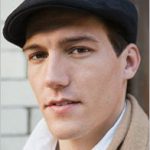