DDoS attacks and DDoS malware are turning into a regular topic in cyber security. Such attacks are about to reach new grounds – the biggest DDoS hit was registered not too long ago in 2015. 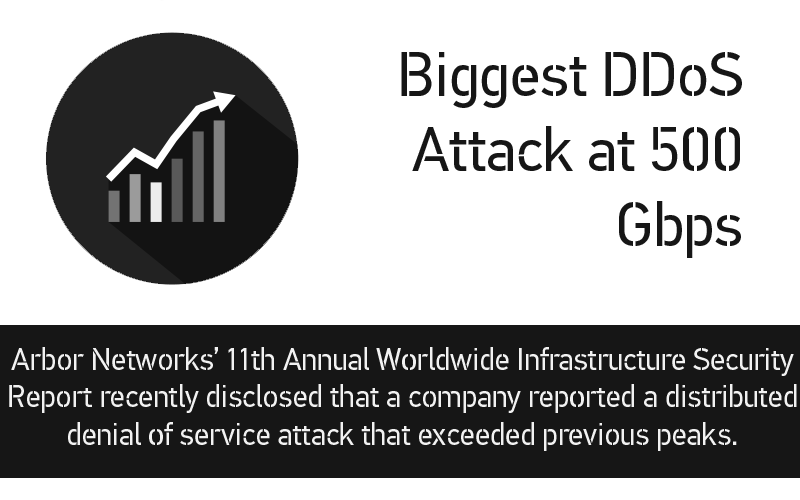 The Biggest DDoS Attack in History Occurred in 2015

Previous peaks were marked at 450 Gbps (gigabits per second), 425, 337. Something like that was simply impossible in past years.

The values are higher than the ones registered in 2014 and before.

Interestingly enough, over 65% of the report’s respondents, victims of DDoS attacks were end customers, and the rest were ISPs.

33% were affected by DDoS on cloud services, and 44% witnessed more than 21 DDoS attacks within one month. A unique feature of 2015 DDoS attacks are such carried via IPv6 infrastructure. No such attacks have been observed ever before.

Besides the close and detailed analysis of distributed denial of service hits, Arbor’s report focuses on a variety of security threats that affect companies globally. If interested, you can go through the whole Arbor report.