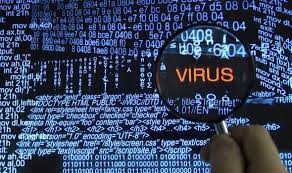 GameOver Zeus, a botnet designed to infect systems and steal their banking credentials, was detected to have compromised vogue.com, according to URLquery.net, a website for detecting and analysing malware.

The Department of Justice and the FBI managed to disrupt the GameOver Zeus in June this year. The malware was said to be responsible for stealing millions of dollars from both businesses and consumers around the world, according to fbi.gov.

GameOver Zeus is malicious software that infects computers which then “become part of a global network of compromised computers known as a botnet—a powerful online tool that cyber criminals can use for their own nefarious purposes,” says fbi.gov.

The main purpose of the botnet is to collect banking credentials from compromised computers and use them to manipulate wire transfers to accounts that are already in the hands of criminals. FBI estimated more than a $100 million of losses that GameOver Zeus caused.

Although GameOver Zeus was taken over in June, hackers began rebuilding it and in July experts noticed that they had partially succeeded. Apparently, they have been working on it for a while as GameOver Zeus was just spotted to compromise vogue.com. Several malicious files were detected on the domain after which they were removed. Such file was 1zX67.exe.

In case you are wondering whether your computer is infected, here are a few signs that might give you an answer, as per fbi.gov:

In case you are not infected, however, you may want to consider the steps below in order to protect your computer: