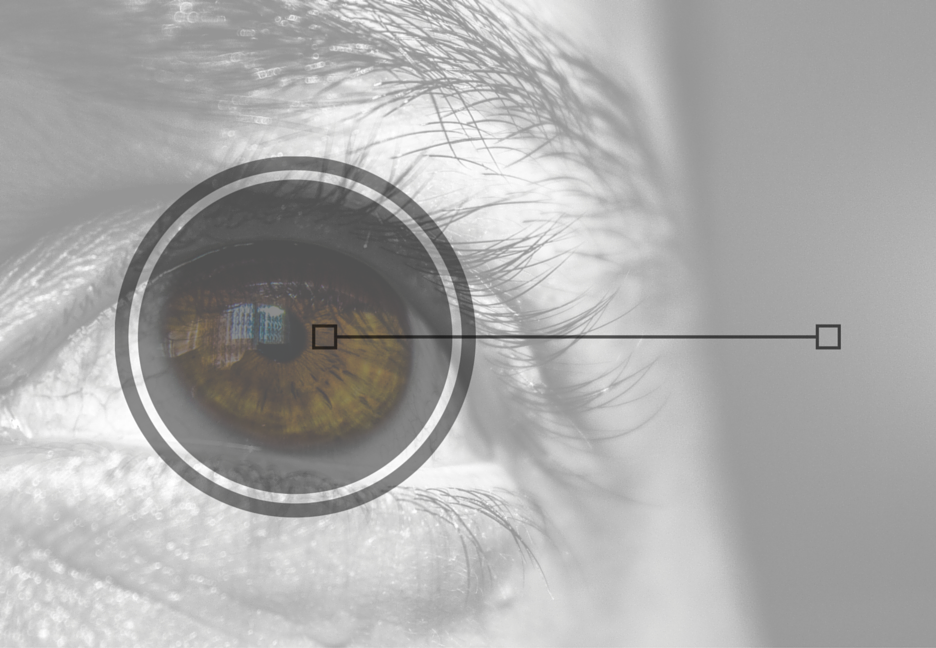 In a world of Google, Microsoft, Facebook, smartphones and the FBI, no one is really anonymous. Your social media addiction, along with your personally identifiable information stored in various databases around the world, has exposed you to the risk of wrongful facial recognition, among other identity and identification crises.

Should Facial (Face) Recognition Worry You?

Facial recognition and biometric systems definitely come in handy when dealing with suspicious individuals and alleged criminals but they also make all people easily discoverable and identifiable. Facial recognition systems employed by law enforcement may not work properly, as revealed by a report on FBI’s face recognition system (Facial Analysis, Comparison, and Evaluation or FACE in short) released by the US Government Accountability Office (GAO).

According to GAO’s report, FBI’s FACE system can get hold of 411.9 million images. This number is bigger than expected, researchers say.

Why Did GAO Conduct the Research and Release the Report?

FBI, along with other governmental entities, believes that technology advancements have improved the accuracy of facial recognition, thus enabling law enforcement to identify criminals flawlessly.

In addition to evaluating FBI’s facial recognition technology, the report reviews “privacy protections under federal law, including the Privacy Act of 1974, the EGovernment Act of 2002, and Office of Management and Budget guidance to determine DOJ [Department of Justice] and FBI statutory responsibilities related to protecting privacy of personal information in the FBI’s use of face recognition technology.”

How Does Facial Recognition Work?

A facial (or face) recognition system is a computer application designed to identify and verify a person from a digital image or a video frame. One way to do this is by comparing selected facial features from the image and a particular database. Facial recognition is applied in security systems and correlates with fingerprint and iris recognition biometrics systems.

As stated in the report, FBI Operates a National Face Recognition System to support Federal, State, and Local criminal investigations. However, where do the images come from?

FBI’s NGI-IPS [Next Generation Identification and Interstate Photo System] includes a database of about 30 million photos that is used by selected state law enforcement agencies and the FBI to conduct face recognition searches to support criminal investigations. The majority of photos enrolled in NGI-IPS are voluntary submissions from 18,000 federal, state, local, and tribal law enforcement entities.

Interestingly enough, only 70% of the images in the NGI-IPS databases are criminal mug shots stored in the Integrated Automated Fingerprint Identification System [IAFIS].

Thanks to the GAO research, it’s now public knowledge that the FBI has exchanged information with several states and has acquired additional access to images stored in the State Department’s Visa and Passport database, the Defense Department’s biometric database, plus several drivers’ license databases. Even though FBI can’t approach these databases in all states, it’s currently in the midst of negotiations with 18 states or more. 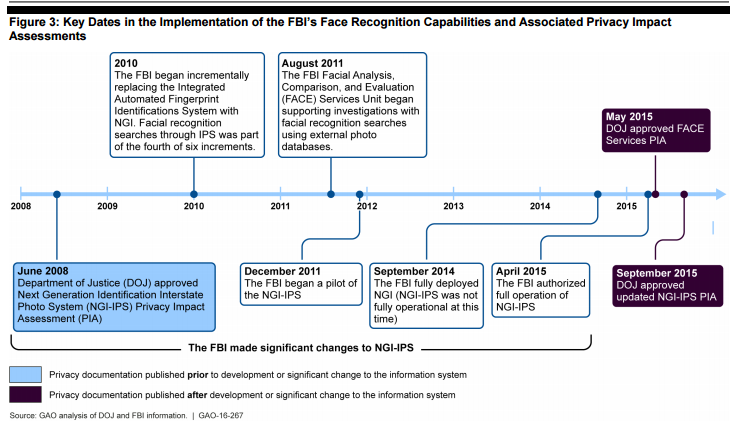 What’s troubling is that many of the databases mentioned in the report contain photos of individuals who don’t have criminal records or worse, are foreign citizens. The FBI can access and search the databases whenever, for any reason.

Also Read National Exposure Index and the Most Hackable Countries

Things get even more controversial, as both the NGI and FACE systems haven’t been tested comprehensively. In short, the face recognition searchers are not accurate enough and can cause false identification of innocent individuals. The FBI has also failed to comply with PIA [Privacy Impact Procedures] procedures, stating that the Bureau should administer public notice of any ongoing investigation proceedings, so that proper privacy protections are engaged.

The FBI is also required to test the accuracy of its technology systems, including NGI-IPS. By conducting tests to verify that NGI-IPS is accurate for all allowable candidate list sizes—including ensuring that the detection and false positive rates are identified—the FBI would have more reasonable assurance that NGI-IPS provides leads that help enhance rather than hinder or overly burden criminal investigation work. Because the FBI does not conduct operational reviews that would assess the accuracy of face recognition searches on NGI-IPS, it risks spending resources on a system that is not operating as intended and also may miss opportunities for improving the system.