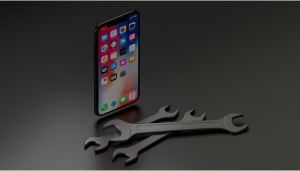 Have you heard of fleeceware applications?

This is a new term that describes apps designed to carry out new form of online scams. The term was coined by Sophos researchers referring to apps that leverage legal loopholes in the app trial mechanism in Android. Apparently, fleeceware apps are now targeting iOS devices as well.

The term “fleeceware” refers to an entirely new category of applications that are neither unwanted nor malicious. However, these apps are designed to overcharge users in a very clever way, and thus, they shouldn’t be kept on devices.

This is where fleeceware comes into play. These apps exploit the loophole that app makers can still charge users even after the specific app is uninstalled from the device. Why is this possible?

App store policies allow app developers to set up their own trial cancelation steps. In some cases, dubious app makers create complicated cancelation procedures to confuse users and continue charging them. Overcharging can go from a couple of dollars to hundreds of dollars.

Last year, Sophos researchers discovered more than 50 Android apps that were described as fleeceware. They were abusing trial periods to charge large amounts of money for basic features that can be found free-of-charge – such as flashlight apps, horoscope apps, barcode scanners. These apps were charging fees from $100 to $240 per year.

The bad news is that fleeceware is now after iOS users and the Apple App Store. According to Sophos mobile malware analyst Jagadeesh Chandraiah, these apps include image editors, horoscope and fortune telling readers, QR code and barcode scanners, face filter apps. 32 such iOS apps have been identified charging users $30 a month or $9 a week.
For their successful installation, the apps relied on heavy advertising. It is noteworthy that some of these fleeceware apps are in fact some of the highest-grossing ones on Apple App Store.

This is how to cancel the subscription of such an app on your iOS device:

These are the steps for Android:

1. Check if you’re signed in to the correct Google Account.
2. Tap the hamburger menu icon Subscriptions.
3. Select the subscription you want to cancel.
4. Tap Cancel subscription.
5. Follow the instructions.