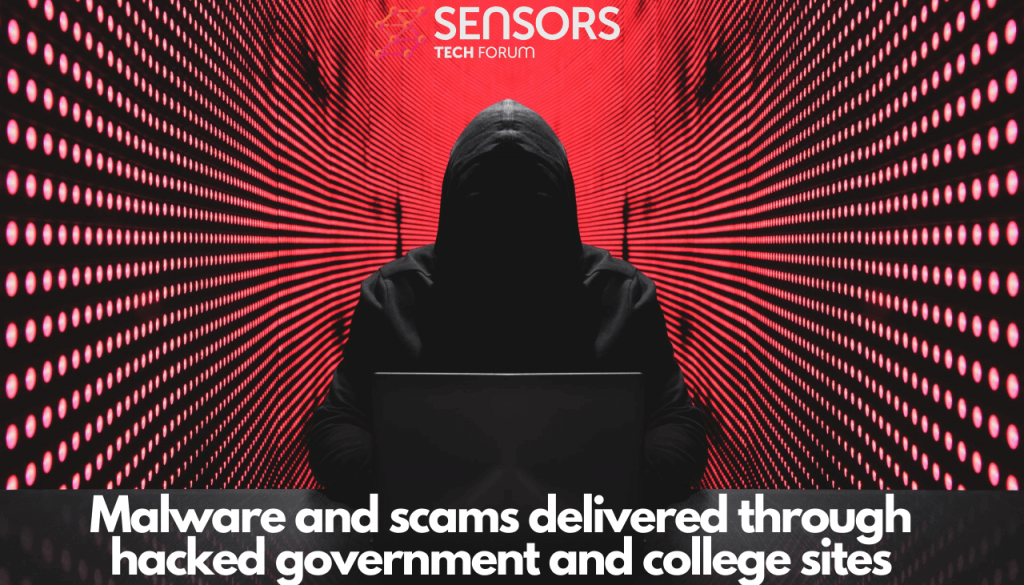 A very large hacking campaign has penetrated government and college sites in the US in the end delivering dangerous malware. The criminal groups are defacing the uploaded by uploading hacking tutorials for popular online services. When the visitors open them and click on the links they will be redirected to a virus download which will infect their computers.

A security research company has detected numerous USA government and college sites to have been breached by hackers. The criminal group is unknown at the moment however the scope of the intrusions is very large. The notice came after it was found that UNESCO’s site has been compromised and a page section has been replaced with a hacking tutorial. The article has had a short description on how to compromise Instagram accounts and includes several links to a third-party site. Upon clicking on it the visitors will be redirected to a site that promises to be a tool used to break into these social media accounts. However when the download button is pressed this will lead to malware delivery. There are several popular scenarios which can be used as the endpoints:

Upon further inspection it seems that this attack campaign has a much larger scopes – colleges, universities and government entities have also been detected to have their pages hacked. The hackers who have breached them have replaced legitimate content with similar style pages promoting fake hacking tools for popular social media and apps such as Netflix, WhatsApp, Facebook, Instagram, Snapchat and TikTok.

The cause of the weaknesses through which the pages were compromised are security vulnerabilities in the hosted content management systems. This means that the hackers have used automated hacking tools in order to find out unpatched appliances and used the exploits to hack into the sites. By doing so the pages can be easily replaced with automated scripts. The phishing scams have been used to steal user data, as well as the Emotet Trojan or alternatively to redirect to adult sites.