Los Angeles College Paid a $28,000 Ransom and Got the Decryption Key 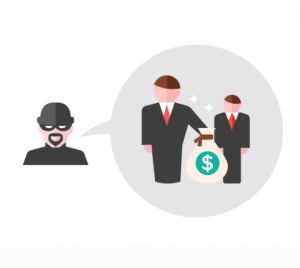 Paying the ransom only fuels ransomware authors. Many reports proved this claim true but still 2017 starts off with a big ransom being paid by a Los Angeles Valley College. The college’s computer network got hit, and as a result a ransom in the amount of $28,000 was paid.

The Los Angeles Community College District confirmed that it paid the ransom in a statement to media outlets. The funds for the payment were obtained from a cybersecurity insurance policy, Digital Trends reports.

The attack took place at the end of December, 2016, and disrupted many computer, online, email and voicemail systems, District chancellor Francisco Rodriguez said. No data breach has occurred, meaning that cybercriminals were only interested in getting the ransom.

Related: What Makes Ransomware a Successful Business Is Other Businesses

Luckily, in this data hostage situation, the attackers were fair enough to send he decryption key to the college, and it successfully started accessing the encrypted files. The process will take a long time since hundreds of thousands emails are involved.

Apparently, the authorities are investigating the crime but even though the attackers are identified not much could be done if they are located outside the country.

According to the FBI, cybercriminals made around $1 billion from ransom payments. In comparison, ransomware made around $24 million in 2015.

As ransomware evolves and learns from previous mistakes (such as unsuccessful encryption), things are expected to get worse in 2017. Organizations should be prepared – data backups and proper protections are as needed as ever.

Individual users also are highly advised to back up their data regularly and to sustain a strong anti-malware program on their systems.