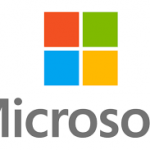 Microsoft is currently changing many things in Windows 10 and has just updated Microsoft Word, Excel, PowerPoint, and Sway. All the applications are now available as universal apps.

Even though Microsoft hasn’t said much about these changes, it’s known that the Win10 Office version is free of charge on Win10 devices. However, if the user wants to use them on larger screens, an Office 365 subscription will be needed.

What does ‘universal apps’ exactly mean?

In short, all updates eventually mean that bugs and performance-related issues have been fixed, and now the apps should be running more smoothly on all devices. Little official information is available because Microsoft no longer presents a change log, not until something goes wrong and should be acknowledged. Thus, the latest changes most likely concern small improvements.

In addition, the updates on Microsoft Word, Excel, PowerPoint, and Sway are available through Windows Store. If users haven’t changed the default store configuration settings, the updated versions may already be there. If not, just open the Windows Store, go to the Downloads and Updates, and check if the new versions are available.