Mr. Robot Season 2 Hacks and Exploits: the Femtocell Hack and the Logic Bomb 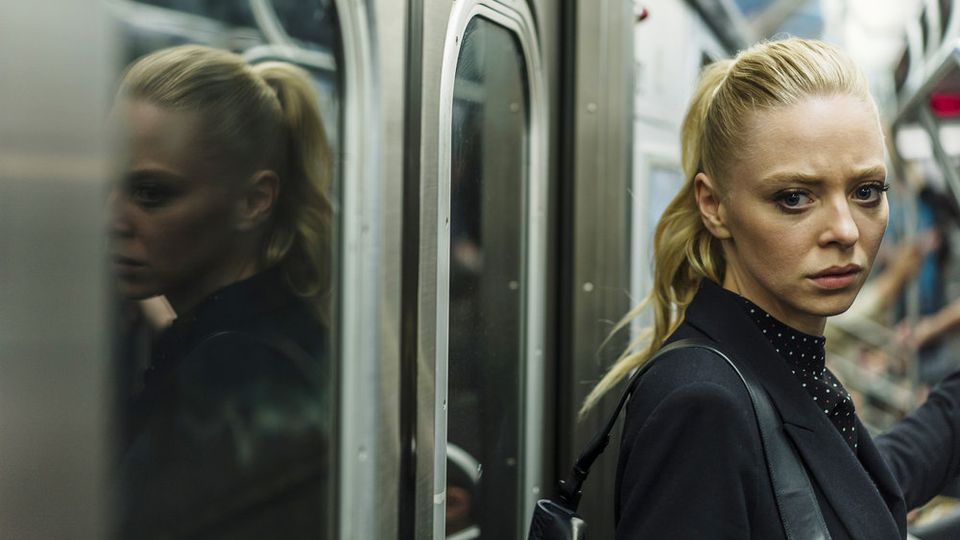 The 5th episode of Mr. Robot’s second season, eps2.3_logic_b0mb.hc, finally delivers a sophisticated hack on Elliot’s side. Not only do we witness his hacking skills once again but we also become more involved with the female part of the crew. As a matter of fact, we see less of Elliot and more of the other characters, and the story is finally becoming more… rational. It’s the most active episode so far, and perhaps it offered the most curious bit so far – the one with Whiterose’s alternative identity (were there any other scenes in season 1 where this was shown?).

Darlene and Angela join forces in their attempt to stop the FBI from getting to them. We also get to see more of agent Dominique DiPierro, as she’s getting closer to fsociety. She has her own reasons for becoming an FBI agent, and it is nearly indisputable that there’s more to her story. None of Mr. Robot’s characters are one-sided, nor are they simple to decode, even the “villains”.

As we’re let behind the scenes of Ray’s business, we’re beginning to question his motives as well as his true colors. So is Elliot. Is Ray the kind person he initially appeared to be, or is he plain evil? Well, towards the end of the episode, when Elliot is literally facing the ground while taking the punches of Ray’s people, we are no longer in doubt. He is sinister, but we’re yet to be introduced to the whole story of Ray and why he is the way he is.

But let’s start from the beginning, and decipher the episode’s title – eps2.3_logic_b0mb.hc.

What Is a Logic Bomb?

A logic bomb is a piece of code intentionally inserted into a software system that will set off a malicious function when specified conditions are met. For example, a programmer may hide a piece of code that starts deleting files (such as a salary database trigger), should they ever be terminated from the company.
Software that is inherently malicious, such as viruses and worms, often contain logic bombs that execute a certain payload at a pre-defined time or when some other condition is met. This technique can be used by a virus or worm to gain momentum and spread before being noticed. (via Wikipedia)

On Mr. Robot’s side:
The logic bomb has everything to do with the hack on FBI Elliot put together in just a few minutes screen time! Needless to say, the attack is quite complex.

Step one, identify the target and its flaws… the Android zero-days I’m using to own the FBI standard issue smartphone… Step two, build malware and prepare an attack. At my fingertips the zero-day is wrapped in code like a christmas present, then becomes an exploit…Once I [launch the exploit], I’ll own the Android phone of every FBI agent in that building. I’ll own all of Evil Corp’s network applications, everything. Step three, load the malware into a femtocell delivery system, my personal cell tower that will intercept all mobile data… hidden within the kernel is a logic bomb…should the FBI take an image of the femtocell, all memory will self-corrupt or explode.

Is the attack scenario realistic? It is. This is exactly how exploits are born. In last week’s episode, we were told that the FBI is switching from Blackberry to Android. This is fsociety’s chance to jump on the exploit ship! It’s somehow implied that Elliot has hold of undisclosed zero-day Android bugs, the kind researchers didn’t have the time to fix (hence the zero-day name).

In order for the vulnerabilities to be successfully exploited, a specific program needs to be written. This is what Elliot is doing.

In terms of the so-called zero days, software vendors often deal with such issues, more often than not. And Android is largely known for its vulnerable state.

What is a femtocell system? Elliot needs one for the third phase of his FBI hack mission.
A femtocell is a small, low-power cellular base station, perfect for home and small business use. A femtocell would allow service providers to extend their coverage indoors or at the cell edge. Femtocells are perfect for spots where access would either be limited or unavailable. Femtocells are also very hackable. This became public knowledge in 2013, when two security researchers Doug DePerry and Tom Ritter, senior consultants with the security firm iSEC Partners, demonstrated the world how this could really happen.

Poor security in the cells offers an easy route to score call information and even listen in on phone calls — or alternative snoop on clients data traffic (website addresses visited, text messages, etc.). […] The key to the intrusion is compromising the software of the femtocell. This would generally be easiest with direct access, but it could be possible to remotely download malicious “patches” to the femtocell as well, in theory.

This is where Angela should give fsociety a hand, literally. She needs to drop off the femtocell, but it’s definitely not going to be as easy as Darlene described it. Angela visits Elliot and they have one of their soulful conversations. We see Elliot smile, genuinely, for the first time in ages. Angela makes up her mind – she’s now sure that she’s going to help. The hardest part of this whole hack would be keeping the device plugged in, connected to the network, in secret. I am definitely expecting to see how this hack evolves next week!

Whiterose and the Alternate Reality Theory

Spoilers ahead – we now know that Whiterose is China’s Minister of State Security! The meeting Whiterose had with Dom is very revealing and is opening the gate to the somehow crazy theory that some fans are sitting on – Mr. Robot is not only about hacks and corporations, it’s also about time and… time travel?

I am not sure how dedicated I am to this theory, but it’s definitely not a coincidence, the fact that we’ve heard Whiterose talk about hacking time in season 1, and now in eps2.3_logic_b0mb.hc. Not only does he talk about it but he (she…) has a room full of clocks and an overly attached dedication to them! He’s also telling Dominique about leading other lives and becoming other people (doh!).

Could it be Whiterose is the leader of the Dark Army in one dimension, and China’s Secretary of Security in another?

Besides all those “crazy-talk” about time travel and alternate dimensions, Whiterose displays quite the interest in agent DePierro and is preparing her for something. He is giving her clues, like his sister’s dresses. The sister he doesn’t really have.

More questions are arising… Who were the shooters attacking the FBI in China? What is Ray’s role in all of this? Did Tyrell call his wife the minute before she left her house lured by the sirens?

Is Tyrell in another dimension?