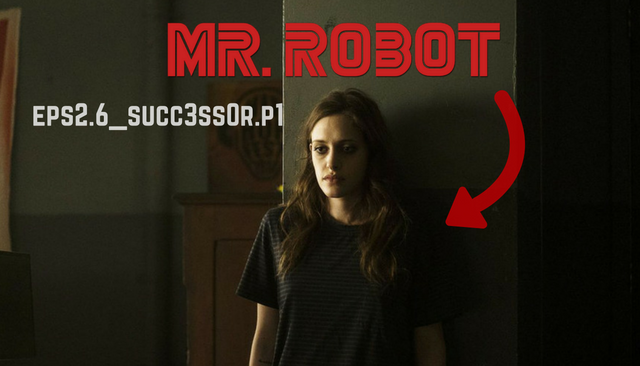 This week’s episode, eps2.6_succ3ss0r.p1, is completely free of Elliot and Mr. Robot! The episode is focused entirely on fsociety and more particularly, on Darlene, Mobley and Trenton. There are also hacks to inspect but none of the hacks are your average Mr. Robot’s hacks (easily explained by Elliot’s absence).

First, the tradition commands us to decode the episode’s title – eps2.6_succ3ss0r.p1.

On Mr. Robot’s side, the successor appears to be Darlene, which is implied at the very beginning of the episode. It’s the flashback scene which reveals how Trenton and Mobley first met, and how Mobley easily fell for a social engineering trick (continue reading for further details).

Mobley and Trenton are clearly waiting for Elliot to show up at the coffee shop, but instead they get to meet Darlene, his successor. Eventually she starts telling them the story about humanity’s biggest adversary, ECorp. The whole episode is based on Darlene as it gradually reveals what she is capable of.

Considering how the story with Susan Jacobs played out and how cold-blooded Elliot’s sister turns out to be, one question arises. Is Darlene slowly and steadily becoming the new Mr. Robot in everyone’s life? Not to mention she was the one wearing the mask and performing the speech in front of the camera!

It’s also refreshing to see that for once Mr. Robot can be about anything but Mr. Robot… (Or can’t it? Darlene’s feeling quite comfortable in Mr. Robot’s shoes.) Nonetheless, everything that is happening, like fsociety struggling to stay above water, is a consequence of the Five/Nine hack.

The social engineering Trenton did on Mobley and the Stagefright vulnerability

Stagefright is the collective name for a group of software bugs, that affect versions 2.2 (“Froyo”) and newer of the Android operating system, allowing an attacker to perform arbitrary operations on the victim’s device through remote code execution and privilege escalation. The underlying attack vector exploits certain integer overflow vulnerabilities in the Android’s core component called “Stagefright”, which is a complex software library implemented primarily in C++ as part of the Android Open Source Project (AOSP) and used as a backend engine for playing various multimedia formats such as MP4 files.

Trenton almost successfully rooted Mobley’s phone. While talking about their phones, she learns about his fascination with Android, and it’s not difficult for her to trick him into visiting a particular page. If the two weren’t interrupted by Darlene’s arrival she could have successfully compromised Mobley’s device. 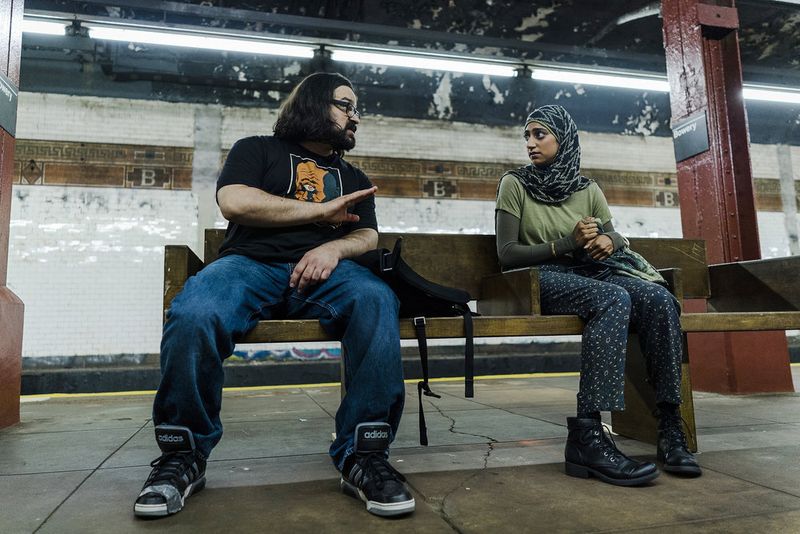 Later in the episode, Mobley and Trenton use a specific app for communication which definitely deserves attention, especially if you’re privacy-savvy.

The Wickr App Mobley and Trenton use

The Wickr instant messaging app is a great alternative for users who wish to keep their messages private.

The app allows users to exchange end-to-end encrypted and content-expiring messages, including photos, videos, and file attachments. The good news is it is available for the iOS, Android, Mac, Windows, and Linux operating systems.

This whole time, fsociety have been using Susan Jacobs’ smart home for their operations. It seems that they completely forgot all about her when she caught them by surprise. She picked the worst possible time to go back to her smart house!

What can a hacker group do to countermeasure an unwanted event? Hack the person who’s responsible… once more.

The hackers request to reset Susan’s Gmail password which sends an email to her Yahoo account so that she (or in this case, somebody else) can create a new password for the Gmail account. While at Susan’s home, we also see another example of bad password hygiene. Trenton finds Susan’s password written on a post-it note lying around her house and waiting for a hacker to pick it up…

We now know what the classified operation Berenstain was all about. Thanks to fsociety eavesdropping on the FBI, the whole Mr. Robot universe now knows about the surveillance project that intruded the privacy of more than 3 million people!

How did fsociety eavesdrop on the FBI? They most likely succeeded in grabbing the conference call dial-in information the femtocell hack.

Hacking a conference calling system is not that difficult. All a hacker needs to do is gain access to a phone number and a call PIN. As it played out, the legitimate call participants didn’t have a clue somebody was eavesdropping on them.

Did anyone expect that Darlene’s coldbloodness would reach a new high? Not only did she knocked Susan down but she was also zero hesitant when she found out that Cisco was playing her, which brings me to wonder even more what’s Dark Army’s stake in all of this.

Where will Mr. Robot go from here? Evidently, next week’s episode will have to take us back to Elliot. We need to check how he’s doing after admitting he was lying this whole season. Now that Ray’s story is closed, he’ll definitely need to get closer to fsociety and all the “demons” they’re dealing with. 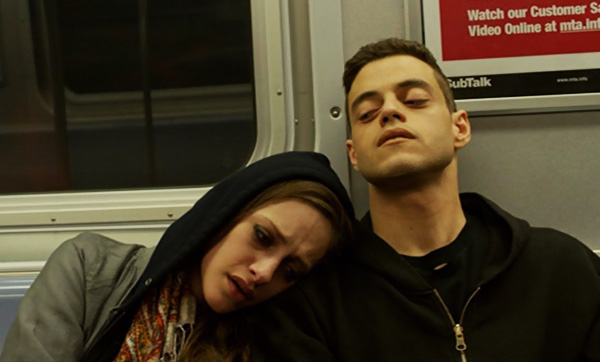 Will Darlene approach him for help? We have seen her ask her big brother for help previously, but considering how (violent and determined) she turned out… Will Darlene and Elliot be on the same page? Sure, Elliot may have harmed (or killed?) Tyrell but he created a whole universe so that he wouldn’t have to deal with his actions. He felt remorse. Darlene didn’t. Darlene wanted chaos and destruction all along.

My one question now is… Who’s going to play Mr. Robot from now on?