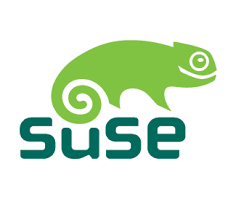 Releasing the new Linux Enterprise 12 operating system on 27 October this year, the German dealers of the system, SUSE Linux Enterprise announced that it distinguishes from the Linux Red Hat / Ubuntu packages as more reliable, stable and secure, even if lacking updates on other components in which the latter are quickly developing.
In this update, SUSE underlines, a Snapper file system snapshot tool is included, enabling users to reset almost every update of the system, including kernel and all service packs, to a previous version by one click of the mouse and without interrupting operations.

It also includes a new Kraft technology, which enables live patching of the system’s kernel without downtime. Oracle’s Linux distribution has similar functionality but what SUSE are offering is an open-source solution.

SUSE’s support is lagging for the Docker technology though. Other distributers, such as Red Hat Enterprise or Ubuntu, are offering it long ago already, and SUSE has just recently announced it for support as a “Technical Preview”. Announcing its support is may be in a way making SUSE more attractive for new users but is also bringing it up-to-speed with other distributers, as well as making it available for already existing customers.

Most of SUSE’s improvements of the Linux system are not aiming to change the system entirely but rather improve its functionality on a lower level, from the bottom to the top. In addition to developing Kgraft SUSE, altogether with Dell Crowbar and Cher, are offering their own OpenStack automation system for easy installation. Moreover, they are in close collaboration with Microsoft in making their system the most powerful in Hyper-V.