Danish citizen Hammad Akbar has faced a $500 000 fee for selling StealthGenie spyware online. Akbar has also been ordered to deliver the source code of the software to the US government.

Akbar has been caught by the US agency this September. Reportedly, he has sold the spyware to an undercover agent about two years ago. FBI revealed that Akbar has been in control of two spyware sellers – Cubitium and InvoCode – platforms that advertised and sold the malicious application online.

StealthGenie is designed to attack mobile devices only. Once the application is installed on the targeted device, it is able to monitor, text messages, calls and media. It can also activate the mobile device to record conversations within a 15-foot radius. 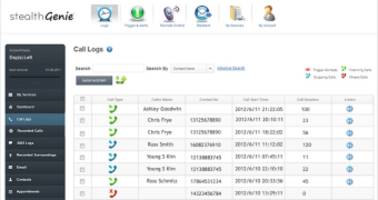 During the hearing of the case last week, Akbar pleaded guilty to advertising and selling the spyware online. This arrest is considered the first case of advertisement and sale of spyware for mobile devices online.

Not only is Akbar to pay the fine of $500 000, but he is also ordered to hand over the spyware’s source code to the government of the US.

→“Mr. Akbar is the first-ever person to admit criminal activity in advertising and selling spyware that invades an unwitting victim’s confidential communications. This illegal spyware provides individuals with an option to track a person’s every move without their knowledge. As technology evolves, the FBI will continue to evolve to protect consumers from those who sell illegal spyware.”