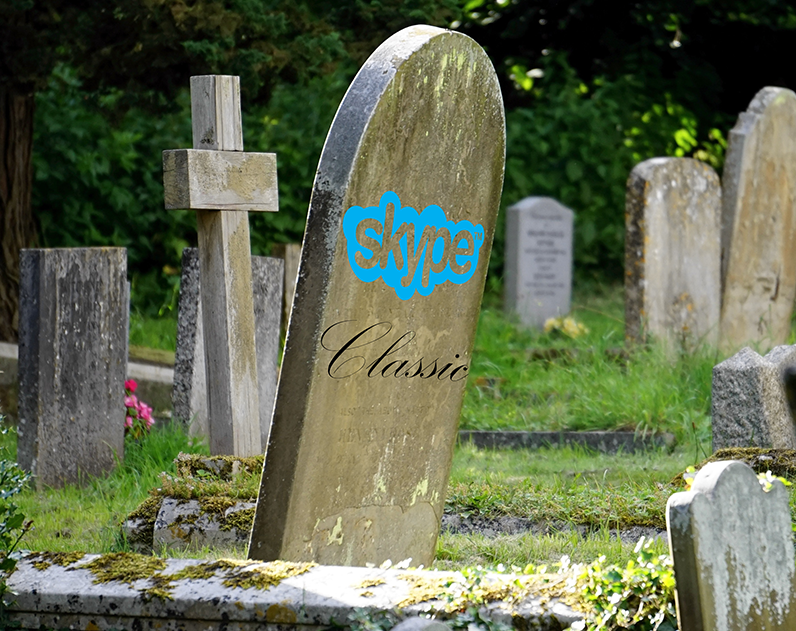 The official announcement of the discontinuing of the Skype Classic version of the program is already a fact, scheduled for 1st of September, 2018.

The 2018 version, called Skype Classic has been reported to no longer be supported after the beginning of September on most computers. The software to which many of us are used to, will no longer work and force users to migrate to the newer version – 8.0.

Microsoft Promises for a Better Experience

Even though many users have expressed their dislike of the automatic updates of Skype’s Classic version to the newer 8.0 version, the discontinuing of the Classic will soon become reality and Microsoft has sated that they will roll out improvements and with time they will shut down the older versions to “ensure that all customers have the best possible Skype experience”. This has likely come as a result of users having to complain that the 8.0 version of Skype was forced on their computers.

It really remains a mystery why Microsoft has decided to push this version in such an aggressive manner before the actual discontinuing taking place. But experts do outline the main reason for it being to likely take advantage of Skype users in order to quickly discover and detect bugs with the 8.0 version and hence smooth out the experience and make for a bug-free upgrade.

In addition to this, many experts and users alike also complained of the missing live chat support of Skype and the lack of the ability to add contacts by using phone numbers. And as always there were those disgruntled users who were absolutely surprised that the new version has unnecessary features and it’s necessary ones were removed by Microsoft.

On the bright side however, the new version does have some pros as well, like a much better video, more accessible and easy to use UI, more screen sharing options, media galleries, call recording and others. But this does not seem to change people’s minds who still believe the new version is not what they prefer using.

Microsoft has not addressed any criticisms or gave any responses and comments after the announcement took place and many people still prefer to download the old version and use it while they still can by downloading it from other URLs.