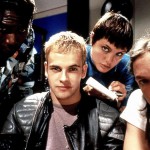 Remember the hack on John Brennan’s AOL account? A group of teenagers claimed to be behind the CIA’s director infamous data breach. As it seems, the teen hacktivist group known as Crackas with Attitude isn’t done yet as it may have just broken into government computers.

A list of 3,500 names, phone numbers and email addresses of law enforcement and military employees may have been leaked by the member Cracka. The reason he gave may surprise some people, as the teen claimed they did it in support for Palestine.

‘Maybe the USgov should listen to us, I mean, we have enough information to make them look like the little bitches they are.’

Cracka contacted Motherboard and told them that they have hacked into someone’s account and got hold of several tools used by the feds. They also claimed to have accessed a database of arrested people, IC3 (an FBI crime-reporting tool), and VCC (a sharing tool for law enforcement agencies). It’s still unclear whose account has been hacked. According to Cracka, it’s someone quite important.

Motherboard confirmed the legitimacy of at least 5 random phone numbers included in the list.