The Best Antivirus Program for Win10 Corporate Users Is… 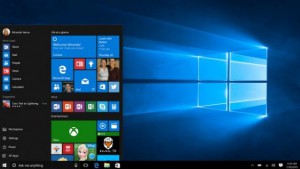 Even though Windows 10 is equipped with Windows Defender which is also patched regularly, no one is secure enough against malware intrusions. That is why experts often recommend combining two different protection solutions.

Plus, security researchers often conduct tests in order to outline the best security solutions available on the market.

A new research has been released by the German institute AV-TEST, as reported by Softpedia. Their tests are focused on the best antivirus product that is applicable on Windows 10 corporate machines. The highest score in the research is 6.

The three main features being analyzed in every product are:

Kaspersky Antivirus Is Number One

The infamous antivirus product has received the highest score on all tests conducted by AV-TEST. In other words, Kaspersky Antivirus got 6 points for protection, performance, and usability. Next on the list is Trend Micro which got a score of 5.5 points for performance and 6 for usability.

At position number three we find Bitdefender which got the same test results as Trend Micro. The next best solution in the research is Symantec which got 6 points for protection, and 5.5 points for performance and usability. Symantec is followed by Sophos, McAfee and F-Secure.

What about Windows Defender? It received a score of 4.5 points for protection and performance, and 6 for usability.

Ironically, Windows Defender didn’t turn out to be the best product for Win10 corporate users, and it better be combined with some other AV solution.

Why Is the AV-TEST Research Important?

Windows 10 corporate users should be prepared at all times, since they are often targeted by malware actors in various attack scenarios. Keeping their systems protected is a necessity, not a recommendation. Moreover, sustaining healthy user habits is also crucial.

Security experts recommend not clicking on random links or suspicious email attachments sent via email. Malware actors tend to masquerade their efforts as legal entities or institutions. The rule should be: don’t open anything you’re not expecting. Double-check if such an email (usually an attached invoice or something similar) is really expected, even when the subject line looks convincing or believable.

Why be cautious? Spear phishing employed in targeted attacks has proven to be one of the most efficient attack tactics throughout 2015.