There are so many myths about PC slowdowns that sometimes computer users find it difficult to figure out the true reasons that cause the poor performance of their computers, so which are the top myths that are associated with computer slowdowns after only several years of usage? Some of the myths are so widespread that they are accepted as common sense, even if there are no evidences and no scientific proof of them. In case your PC really slows down, and you are thinking about a repair that will cost you dearly, check the following myths associated with the bad PC performance. 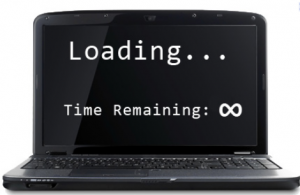 The Hardware Components Have Worn Out

The computer hardware is quite strong, and it is not likely to break down or to slow down with time. The computer works with the same speed no matter if it is new or old. The slowdown has nothing to do with the regular usage of the device. The slowdown problem is the software and operating system that can degrade with the time. The PC slowdown can be a result of device drivers, regular installations and uninstallation of programs, software and Windows updates, etc. Computer users should be aware, however, that there are ways in which to prevent this situation or to bring the corrupted software back to life, as well as ways in which to prevent system slowdowns. The key here is to practice good software maintenance, and the computer will run smoothly.

Some people think that the only way to speed up a computer that is operating slowly is to clean the hard disk and to install Windows again. Yes, the new installation of the operating system will make the PC work faster, yet there are other ways to achieve that. The new installation of software can be needlessly a long process. It is good to do so once in a while, but not every time your computer runs slowly. The other ways that can keep the PC running fast include regular cleaning and maintenance of the computer from unused programs, cookies, temporary files.

It is a fact that Windows 8 comes with some magnificent improvements and can make the programs more responsive, but it also slows down at some point as a result of normal usage. Windows 8 is a flexible and fast operating system and many people like it, but in the course of time it is likely that it will also slow down the PC just like the other operating systems. It is also a fact that all operating systems suffer from clutter and gradual fragmentation, and every new version of Windows will suffer from that eventually.

A New PC Runs Better than an Old PC

Computer users know that the performance of the new PC’s can be improved with almost 25 % if one optimizes the system settings and removes the startup items that are not important. The speed of the new PC can be intoxicating, but this does not mean that the device is using its full potential. New computers come with factory settings that are standard, yet they might not be optimized to the applications, programs and Internet connection that one uses. The computer user should remember that the PC slowdown process starts immediately, and even a brand new computer can slow down due to regular and routine updates.

Malware is 100% the Culprit for Slowing Down the PC

People know that they should be careful with malware as it can install secretly on the PC and run without the knowledge of the computer user. There are types of malware that not as harmful such as adware, and there are really harmful malware such as Trojans that can steal your private information. Trojans are designed in such a way that they can get your data without your consent.
When malware gets to the PC, malware uses the available resources and can slow down the computer. The computer user should always check the PC for malware as the accumulation of too much malware can definitely slow down the computer.

Computers run slowly due to registry errors and fragmentation, as well as from clutter that comes from everyday usage. If the PC is maintained in a proper way, it will run smoothly for many years. Computer users should know that the slowdown of their PCs is not because of a drastic event, and expensive repairs are not necessary. The key to having a PC that runs properly is to perform regular clean-ups and PC optimizations to reverse the slowdown process. The computer user can make the process even simpler by researching the Web for a good PC optimization tool that can automatically clean the computer of clutter and other PC slowdown issues.