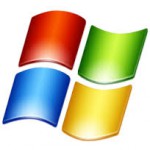 One of the latest updates released by Microsoft Windows for Windows versions 7 and 8 has raised a red flag in online security communes. Several users have complained and shared experiences through forum posts.

Their primary concern is they have encountered issues after installing Windows Update KB3022345 released on May 14, 2015. The update is also known as DiagTrack or Diagnostics Tracking Service. The description of the KB3022345 update may appear troublesome to expert users since it pretty much fits the description of a keylogger and data collection tool.

Collected data is then used to improve and determine the compatibility of various services such as speech-to-text. Despite the well-intended explanation of the update, forum researchers warn that the features of DiagTrack perfectly fit the qualities of a keystroke logger or data collection tool mostly applied by cybercriminals and third party developers.

DiagTrack or diagtrack.dll is a standard feature of Windows 10. Users often refer to it as a ‘built-in keylogger’.

The good news is that the service is optional even though it is listed as recommended on the system. DiagTrack may be uninstalled easily. Proceed as it follows:

Let’s chat! Join our forum and follow the discussion about KB3022345 tracking update.