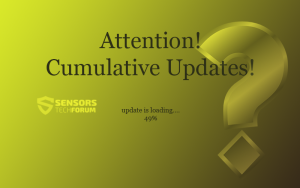 Microsoft has already released about а dozen cumulative updates. At least that’s what appears if one decides to count down the released patches to this date. However, the amount of released patches may not be as crystal as one would think – Microsoft’s update policy has been shaky, to say the least, since the release of Windows 10.

If one is the kind of user who reads the patches’ descriptions and chooses whether to install or not a certain update, they know what we mean. KB 3105210 is most likely the 10th Windows 10 cumulative, released on July 29.

InfoWorld has created an unofficial list of Windows 10 updates:

As with the official descriptions of other cumulative updates, the one for KB 3105210 doesn’t provide any useful information. This is what the statement by Microsoft is:

“This update for Windows 10 includes functionality improvements and resolves the vulnerabilities in Windows that are described in the following Microsoft security bulletins and advisory:

Tech-savvy users may have navigated to the technet.microsoft.com page, as suggested by InfoWorld, where one recent change was published in regards of MS15-106:

→V2.0 (October 29, 2015) Bulletin revised to announce the release of a new Windows 10 cumulative update (3105210) to address an additional vulnerability, CVE-2015-6045, which has been added to this bulletin. Only customers running Windows 10 systems need to install this new update.

→V1.1 (October 16, 2015): Bulletin revised to announce a detection change in the 3097617 cumulative update for Windows 10. This is a detection change only. Customers who have already successfully updated their systems do not need to take any action.

KB 3106932 was released on Oct. 29 and was aimed at Windows 10 machines. Its official description looks like that:

→This update makes improvements to ease the upgrade experience to Windows 10.

Additionally, it becomes clear that KB 3106932 replaces KB 3081452 from August 27. This update didn’t behave appropriately and turned out difficult to install.