Update PHP to Version 7.02, Spare Your App a Buffer Overflow 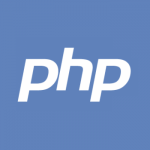 Here is an important piece of news that concerns developers, PHP devs in particular. PHP has received several crucial updates that have taken care of security-related flaws. Versions 7.0.2, 5.6.17 and 5.5.31 are already available for download.

As reported by InfoWorld’s Fahmida Y. Rashid, Version 7.0.2 put an end to six security vulnerabilities that were present in PHP 7. Version 5.5.31, on the other hand, eliminated five bugs in PHP 5.5, which will be supported until July 2016.

Previous version PHP 5.4 was ended in October and is not supported any longer. That is why developers still using PHP 5.4 should immediately upgrade to a newly updated version.

Why is updating crucial? Many applications are written in PHP, and if they’re not maintained properly (a.k.a. updated frequently), they can easily fall victims to attacks. Taking advantage of zero-day vulnerabilities is an attack scenario that still hasn’t gone out of fashion.

One of the more important fixes prevents remote code execution. A heap buffer overflow in Standard, referred to as a theoretical buffer overflow by some users, has been fixed as well.

Other fixed vulnerabilities in the latest PHP versions include: