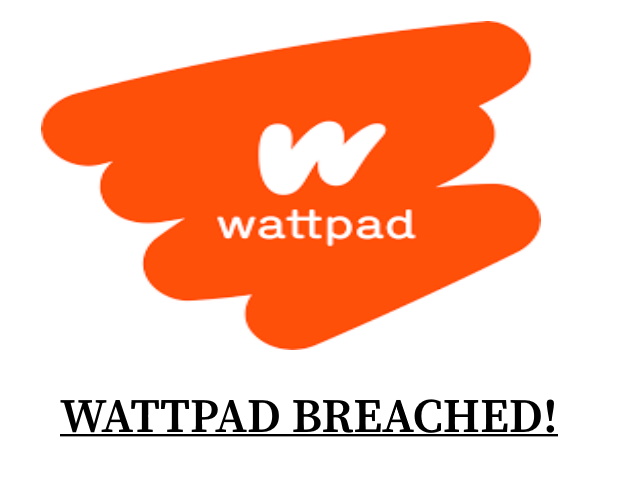 An unknown hacking group has been able to hack into and breach the popular Wattpad online community, as a result users data has been hijacked and exposed. This is one of the most dangerous intrusions of late as the stolen records contain the data of many users who are actively using Wattpad. The hacked data is now being distirbuted on underground hacker sites.

The Wattpad community site which has become popular in the last years as a hub for prospective amateur writers has been breached by an unknown hacking group. Details of this incident became known after the records were advertised on the underground markets. The total number of hijacked accounts amounts to 270 users records — so far it is known that they have been sold in private sales in auctions for a price that is now over 100,000$ in total.

Given the size and severity of this incident we can rate it as one of the most dangerous breaches that have happened of late. The hacking group is not known at the moment, one of the propisitions is that the perpertrators are the Shiny Hunters collective which is well-known for breaching sites and offering the hijacked data on sale to interested buyers. Security experts reached to the hacker group and they denied having a connection with the breach. At the moment even the intrusion and theft method is not known — whether or not the Wattpad servers had a severe weakness which was exploited, a staff user was scammed into giving out information or another method. What we know is that the hijacked database contains the following sets of information:

The full database size is 120 GB and it does not contain any financial data as Wattpad does not include processing functionality. The users passwords are hashed with several methods which means that decryption of the users credentials may not be very easy for the criminals.

The database has not been verified to be authentic in its whole at this moment, we await further comments from Wattpad and the security community following this breach. We remind our readers that this is currently the 150th most visited on the Internet.