Windows 10 CU Can Be Activated with Older OS Versions Keys 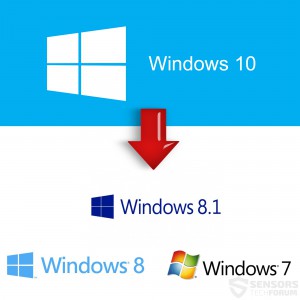 News have broken out that if you have installed Windows 10’s Creators Update, it can now be activated for free if you input the activation product key of an older Windows version. The OS’s 7, 8 and 8.1 have so far been reported to work, so if you have them, it is now possible to upgrade.

What users need to do is download and install Windows 10 Creators Update after which enter the activation keys for their older Windows version and the system will acknowledge it.

Microsoft has stopped the free upgrades back in 2016, but it is now clear that this feature is far from being disabled and older license keys can still be used to activate W10.

Why Does Microsoft Do This?

There are many theories as to why this has been done by the corporation, the primary one of which is that it may have been done deliberately, since Microsoft may wisht more Windows 10 users, as statistics show it’s users are equalizing with the Windows 7 users.

It is also a cheap variant of upgrading to Windows 10 since some users may buy activation keys for older Windows versions cheaper and then simply install Windows 10 on their computers.

Even though many know about this, Microsoft has not counter-reacted to it, which points out to the possibility that Microsoft aims to unify all users of it’s other versions to take advantage of Windows 10. This may be with the goal to increase profits for the company in the long term and popularize it’s store for applications by getting more users to sign up for Microsoft accounts. But this theory does not in any way mean that this illegal feature won’t be blocked in the upcoming weeks or months.