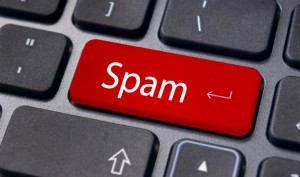 A spam e-mail that aims to increase the stock value of a Canadian penny stock company has been delivered to numerous users last week. As a result of the campaign, the transaction volume increased significantly.

The company in question is Confederation Minerals Ltd. (CNRMF), and its activity is extracting mineral deposits in North America. The CNRMF shares have been trading below $5, which according to the SEC (Securities Exchange Commission) regulations makes it a small cap firm and as such it is not being listed on major exchanges.

Big Scam for a Small Company

Experts have already named the campaign “Wolf of Wall Street” and claim that this is the largest spam campaign for 2014. The user’s attention has been drawn to the penny stock company last week, with over 3 million spam emails delivered through botnets in Spain, India, Germany, South Korea, France, the UK, Australia and the US. Considering the effect of the attack, we can only assume it has achieved its goal.

Last Monday the company registered transaction volume of 10,000 shares. Only three days later, on Thursday, the number went up to 1,620,000 shares.

The authors of the spam email have put a lot of efforts into making the spam email seem as realistic as possible. They have even included links to actual webpages providing stock exchange information, such as Market Watch and Yahoo Finance. In some of the analyzed messages, it is implied that the email has reached the user by mistake.

How Does the Scheme Work?

It is actually so simple that it doesn’t even involve the company whose share are being boosted. For starters, the hackers acquire a certain amount of penny stocks and then send millions of spam emails that only aim to increase their stock value. The author of this particular campaign is reportedly using the alias The Street Inc.