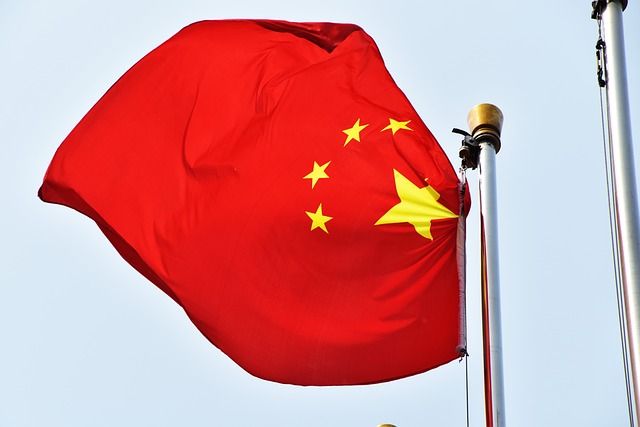 Business and government entities in China are rapidly involved in the use of facial recognition technologies powered by artificial intelligence systems. The mass deployment of such instances are changing the way citizens interact with the world and it paves the way to a transforming future where cybersecurity will be even more important.

China Is at the Forefront of Adopting Artificial Intelligence

The technology industry has started to deploy artificial intelligence technologies both in working establishments, consumer products and even government agencies. A rapid growth in the implementation of such products and services has placed China among the leading nations of the world.

The mainstream user will find that a large part of commonly used services are now utilizing the state of the art technology. A premier example comes from Ant Financial, a financial spinoff from the Alibaba e-commerce company that recently announced a partnership with KFC to test a new technology. The two companies are rolling out a service in a restaurant branch in Hangzhou that allows the customers to pay for their orders merely by showing their faces. The facial recognition technology works using a virtual menu that is displayed at the counters. The customers can choose their orders via the menu and choose the “facial scan” option for payment. As an extra layer of verification they need to present their phone numbers. The service is configured in such a way to allow the transactions to carry on even without the phone turned on.

The promotional video shows that the facial recognition software integrated into the Alipay service is able to recognize the individual customer even when found in a group. Ant Financial representatives are intending to roll out the payment service at more locations as the customers get accustomed to the technology. The company has recently appointed one of the worldwide experts on artificial intelligence Professor Michael Jordan as chairman of their scientific advisory board.

Last week a similar service by Alibaba’s rival JD.com was announced on various China media. According to one of the news articles a customer at a company showroom in Beijing saw a new checkout system at the cashier’s desk that allows the customers to upload an image of themselves to a JD mobile app. The person’s face is scanned by a tablet to complete a facial recognition payment. This shows that artificial intelligence is once again employed in the point-of-sale section of the store. JD declined to share the technical details about the system, however they stated that its in an early stage of deployment.

Paul Yan of JD revealed that AI is already being used by the company to improve the operational efficiency across the company’s supply chain. They have implemented an AI-powered engine that prices the SKU (stock keeping units) automatically. This offloads the burden from a team of people 5000 people. A new product called the JD Smart Speaker allows Chinese consumers to conduct online shopping using their voice. This uses the JD Alph language the provide to give customers full voice control for more than 10 million smart products.

Related Story: Samsung and Google to Work Together on AI Technology

Chinese law enforcement are also using the latest technologies. According to a media report on Monday police officers have arrested 19 individuals at an beer festival in the northern city of Qingdao. The detained citizens were drug users and they were caught by using an advanced system implemented by the government. The police used 18 cameras across the premises, in each of the four entrances. The faces of the people who entered were recorded and stored on file ‒ this totals more than two million attendees. Using an artificial intelligence scan the people identified individuals known for drug abuse. The law enforcement were able to organize a testing on the spot. The ones that showcased positive results were arrested.

Another case that became famous was the installation of facial recognition software on 680 ATM machines in Macau, one of the special administrative regions of China. As this is one of the world’s top spots for the gambling industry and currency exchange PRC citizens frequently visit it for entertainment purposes. The security system affects the holders of the UnionPay cars which is the main payment provider in mainland China.

One of the largest and technology-wise most important cities Shenzhen has seen the introduction a special device in 12 taxis that verifies the ID of the driver using facial recognition technology. This is the home of many of the world tech leaders: Huawei, ZTE, TP-Link, Tencent and others. The fact that such systems are being implemented in such a city reveals that the government is seriously considering the use of such technologies in other domains as well.

The China Southern Airlines introduced the ability to use facial recognition instead of boarding passes similar to the way that JetBlue has been experimenting in the USA. The Beijing Normal University has implemented a similar system for checking in to the women’s dormitories.

The Chinese State Council has issued a development plan that aims to make the AI industry a “new and important” driver of the economy expansion by 2020. According to the policy makers the country is set to become a global leader by creating establishments that are to fuel more than $59 billion of output per year by 2025. This includes all subsequent fields: software development, hardware platform, intelligent robotics, automated vehicles, virtual and augmented reality.

The University of Science and Technology Beijing has started a pilot project by using facial recognition during the new student registration. The faces of the students are being scanned to ensure that their identity is verified. Researchers and experts note that such AI applications will be able to be improve both the efficiency of the process and improve current security standing. One of the students note that the whole process takes about two seconds. 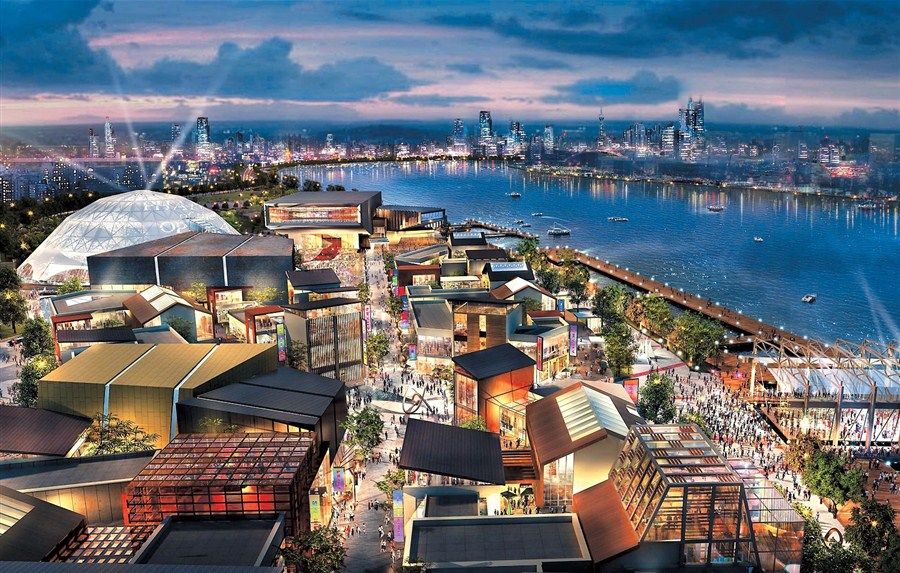 Related Story: Dr. Roman Yampolskiy: AI Has Tremendous Ability to Help in All Domains of Interest

One of the main factors why AI and related technologies is the collection of large quantities of data. To be able to fuel mass pattern recognition algorithms that lie in the heart of the deployed systems, a large pool of information must be provided so that the agents can recognize the pieces of identity. At the moment Shanghai alone runs several databases containing over 300 million pieces of information on about 25 million local residents and 1.8 million companies. The city also hosts nearly a third of China’s AI experts.

The city is building an “Intelligence Valley” covering a million square meters for various AI industries. An exhibition center and HQ offices are going to be based in the AI Tower, a 200-meter tall skyscraper building in the city’s premises. The district called “Xuhui” will feature another landmark related to the development and testing of such technologies. A 1-million square meter in an area of the district will feature intelligent housekeeping, self-driving cars and related services. AI development zones are also planned in several high-tech parks in other areas of China as well.

According to Paul Yan who is in charge of JD’s digital marketing and advertising business the company is talking to Australian universities with the hopes of establishing various AI technologies. His statements note that the company is actively searching for prospective employees, JD is seeking it recruit at least 100 data scientists to work for the international corporation. Paul Yan noted that AI is “at the heart of our business strategy” showcasing the importance of the industry.

These news are merely a sign of the upcoming developments that are coming into place in China. The whole country itself is being motioned into this new direction as part of a global strategic plan to dominate the world with both experience, technology and market leadership. It will be interesting to see how other states and companies would be able to compete with China’s intentions. 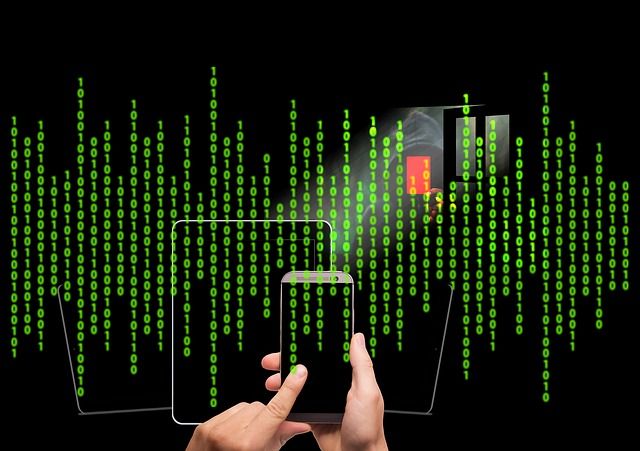 Machine learning and other automated mechanisms for detecting threats have long been used in advanced anti-virus and anti-spyware solutions. Computer criminals have also been using related technologies to operate and launch large botnet networks and malware at intended targets. AI and automation technology have been used by both sides, the security implications can be both rewarding (successful intrusion prevention) or catastrophic (virus infections).

One data breach report indicates that the majority (70%) percentage of attack exploits target vulnerabilities in a matter of minutes as they are released to the public. One of the main issues is the lack of enough security professionals employed globally which results in the end of many hacker groups that are able to penetrate the security barriers.

It is widely believed that AI technologies can improve the chance of detecting and responding to an imminent threat. Using algorithms that feed on live data and deep machine learning can help the experts to respond to hacker attacks in a timely manner. The fact that the Chinese government and big corporations are investing in artificial intelligence and related technologies makes it possible to leverage upcoming cyber security platforms on a larger scale.

One thing is certain, if other nations like China establish potent development plans like this one then surely this will mean that the demand for more powerful cyber security solutions will follow. We can only speculate how computer criminals are going to respond to the potential user base and massive amounts of data. Experts state that the hacker attacks are going to continue, whether or not they can reach the much bigger magnitude of automation and connected devices will depend on their resources and skills.