The CIA Expands Its Presence by Launching Own Tor Site 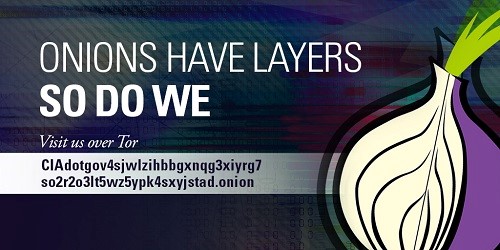 The CIA is actively working on expanding its presence on the Internet enabling users to contact the agency. This is an important factor as any user should be able to reach them in order to pass on information. The latest place where they can be contacted is the TOR anonymous network.

The CIA is rapidly expanding its online presence on various outlets, now not only is their site and communications available on the Internet, but now they a site on the TOR anonymous network. It was launched in Tuesday and the main reason for making it is the use of the features of the — anonymity and private communications. This is expected as some countries and networks may block access to the CIA’s site as part of filtering or censorship. To overcome this the government agency has created this TOR site.

This will allow visitors to share information with the CIA without being scared that they can be tracked by their Internet Service Provider as they do when using the regular Internet site. The agency’s press release begins with the following sentence which shows their intentions: Secure, anonymous, untraceable—traits ever-present in CIA’s intelligence collection mission. The site is designed in order to provide the full functionality of the regular site — job application, the World Factbook and etc.