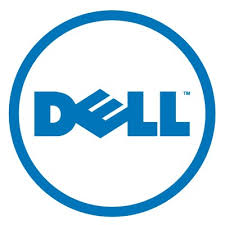 Tech support scams may not be as malicious as other cyber threats but they can still link the user to malware. For example, at the end of 2015, we have seen tech support scams being employed to successfully distribute CryptoWall among users in the UK and USA.

So, it’s clear that fake tech support websites are an effective method to spread malware or/and harvest personal and banking information. To make their deceptive ways believable and authentic, tech support scammers often apply Microsoft themes on their pages. Microsoft- and Apple-themed fake tech support pages have prevailed over the Web. However, with the start of 2016, fake tech support schemes are about to become more diverse and more aggressive.

Scammers are now using the name and fame of Dell to lure the company’s customers into giving away their banking credentials and gaining access over their personal information. Multiple reports have appeared online – users have been complaining about receiving phone calls concerning their Dell machines.

Unlike tech support scams we have seen in the past, the current ones have embraced a more aggressive approach. Instead of scareware tactics in the form of pop-up advertisements and voice-over messages, scammers are now directly calling Dell users who have previously had problems with their computers.

The logical question to be asked is…

Why do cyber crooks have access to Dell customers’ database?

Information possessed by the scammers calling from numbers such as 07-421-9409 users includes:

For more first-hand information from users who have received such phone calls, visit Dell support forums and WhoCallsMe .

Leaked customers’ personal information can only mean one thing – Dell has suffered a data breach. However, the company hasn’t confirmed such data accident officially.

Users who own Dell computers should be extra cautious and should think twice before answering calls from suspicious and unknown numbers. Nonetheless, other users may easily become targeted by cyber crooks. As it appears, no one is safe against data breaches.