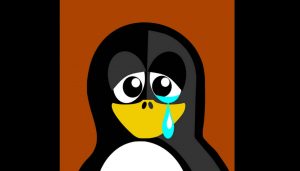 A new warning concerning the Linux community was just released.

According to Linus Torvalds, open-source developers should avoid the first release candidate of Linux kernel 5.12. Even though Linux kernel 5.12 was released on time, Torvalds warns that the RC release can cause devastating issues to a computer’s filesystem.

The reason is fairly straightforward: this merge window, we had a very innocuous code cleanup and simplification that raised no red flags at all, but had a subtle and very nasty bug in it: swap files stopped working right. And they stopped working in a particularly bad way:
the offset of the start of the swap file was lost, Torvalds wrote.

Even though swapping still happened, it did so to the wrong part of the filesystem, leading to catastrophic results. Fortunately, since most people use a separate swap partition rather than a swap file, the bug only occurs with a regular filesystem where a file is put as a swap.

“And, as far as I know, all the normal distributions set things up with swap partitions, not files, because honestly, swapfiles tend to be slower and have various other complexity issues,” Linux’s creator added.

The bad news is that the reason we support swapfiles in the first place is that they do end up having some flexibility advantages, and so some people do use them for that reason. If so, do not use rc1. Thus the renaming of the tag.

It is noteworthy that Torvalds has been experiencing extreme snow storms in his home in Oregon which led to power cuts. Because of the extreme weather condition and power outages in Texas and Portland, Oregon, Torvalds has named the release The “Frozen Wasteland” kernel.

Power outages can be troublesome for complex projects with more than a thousand contributors and countless changes submitted to the Linux kernel. Torvalds shared he didn’t have electricity for six days during the merge window, “and was seriously considering just extending the merge window to get everything done”.