How to Stop an Intel Foreshadow Bug Exploit Attack 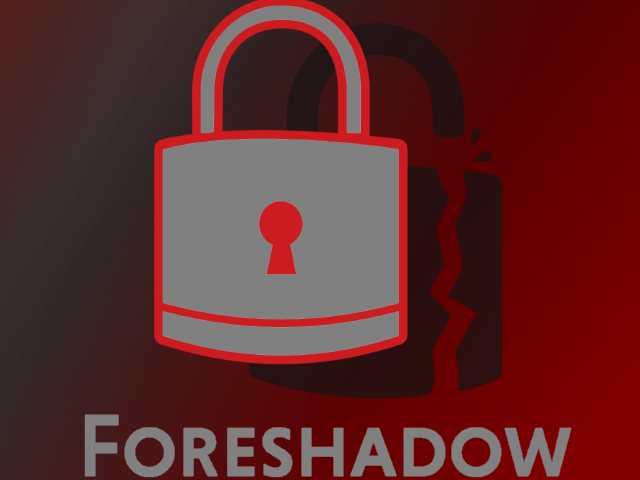 The vulnerabiltities aim to gain control of the Intel™ Core and Intel™ Xeon type of processors. The name of the bugs assigned by Intel is Foreshadow, and these vulnerabilities are L1TF (Terminal Fault) flaws. The bugs have been tracked under the following security code names:

According to the official description, the vulnerabilities can allow the following attack to take place:

Systems with microprocessors utilizing speculative execution and address translations may allow unauthorized disclosure of information residing in the L1 data cache to an attacker with local user access with guest OS privilege via a terminal page fault and a side-channel analysis.

The bugs can allow attacks that can extract information from the affected computers, like the cryptographic keys for the processor’s architecture, data from System Management Mode of the kernel and data from virtual machines running on the host system.

Even though the three Foreshadow vulnerabilities have not been detected in the wild in relation to any malware, researchers have managed to find a method via which they can conduct an attack that can function properly. So far, Intel have not released infromation on how this information can be used to conduct an attack and for good reason.

The only information disclosed is the affected device models which have been reported to be the following:

More in-depth information on the Foreshadow vulnerabilities can be found in the related story below:

So How to Protect Oneself from Foreshadow?

If your PC is running with an Intel chip from the list above, you should know that it is potentially vulnerable to this flaw. Fortunately, Intel has created micro-patches on a micro-code type of update in order to fix these vulnerabilities. If you want to protect yourself effectively against it, you can download a new firmware for your computer model, in case such is available. This can happen if you download the latest UEFI and BIOS Intel Updates or install microcode updates, downloaded directly from Microsoft themselves. This can happen either if you look up your computer model and see on It’s vendor if an official update is available or by checking your processor model as well. Another way to do it is by visiting Microsoft’s website for the updates.