Kaspersky on Reddit – A Secure Embedded OS Is Possible 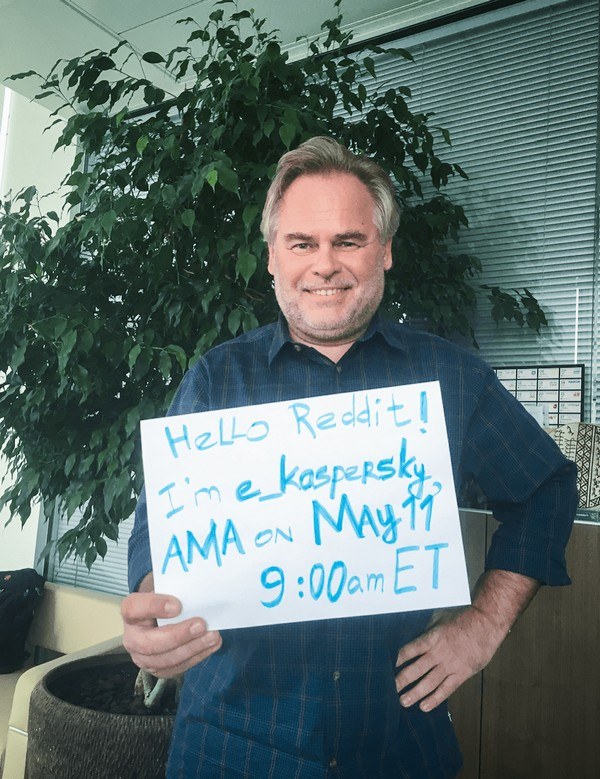 Eugene Kaspersky, the CEO of Kaspersky Inc. has offered a very interesting AMA (Ask me Anyithing) on Reddit forums from which some interesting details about the future of the company and cyber-security were revealed. We were able even briefly to catch a glimpse of what is to come in terms of the future embedded OS’s and antivirus software.

One of the first questions during the AMA session was about what was unrealistic back in the period 1990-2005, but turned out to be a real threat to which the professional answered that definitely myths concerning Internet worms, mobile malware and high-level attack on industrial facilities were considered impossible in the past.

One particular answer of the cyber-security expert concerned the anonymity and it’s usage, to which Kaspersky answered that there should be separation on the level of information obtained according to the type of online service provided. For example if the user is doing banking or working with government website, personal information should be take, however, you do not require personal information when you want to watch a video or text someone online.

Regarding how malware was analyzed and reverse-engineered in their company, the CEO answered that the company has automated analysis set up and more complex threats are sent to the high-level cyber-sec engineers who aim to reverse engineer their activity.

The most interesting question for us, however was the one from the user goretsky, who asked “Do you think it is still possible to secure embedded systems (aka the Internet of Things), or is that an impossibility now, practically speaking?”. Kaspersky answered in confidence that it is possible to create such OS and the company is working on it:

The answer clearly shows the focus of the company to shift it’s strategy from securing Windows-based embedded operating systems to their custom created KasperskyOS which the company is working from some time. And what is even more interesting for businesses using such OS’s is that the system will also be focused on the shifting paradigm known as the Internet of Things, everyone is so hyped about. As many know, IoT devices have been subjected to multiple botnets and attacks which makes it great problem for security companies as well as engineers and everyone owning such devices.

Another interesting question was about the future of antivirus and what is the leader’s opinion about it. The answer was that the focus of cyber-security companies should be shifted towards something much more important – to have an immune platforms and network structure against future threats:

The answers of Kaspersky led us into thinking about what the future will look like and will the next generations will be able to protect the online environment. As more and more information becomes digitalized it seems as if there is no choice, but to focus on immunity against cyber-attacks and outbreaks.