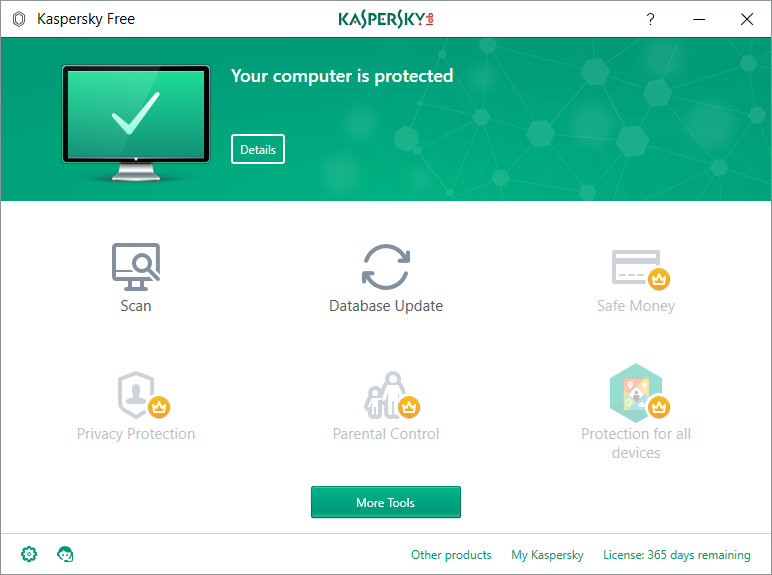 There is a new contender among security protection software – the Kaspersky Free edition antivirus has been released to the general audience. It is available for Microsoft Windows users for a year as an extended trial version of the core antivirus offered by Kaspersky Labs.

Related Story: Kaspersky Anti-Virus No Longer Allowed by the US Government?

To this date Kaspersky Labs did not offer a free anti-virus solution other than the limited 30-day trial of some of their products. The latest move made by the company took many competitors by surprise – the Kaspersky Free edition was unveiled. The software at the moment is available for Microsoft Windows users and provides the basics when it comes to malware protection. The computer users need to visit the company’s web site and navigate to the product’s page.

Kaspersky Free Editions users have their data used by the company to improve the machine learning algorithms.

It can be installed by downloading the installer which downloads the latest copy from the company’s web servers. Once installed the product is automatically licensed for use for one year. Kaspersky Free Edition includes the core engine as well as the following extras:

Related Story: What To Do When Your System Gets Infected with Ransomware

The company’s CEO Eugene Kaspersky has announced the product on a blog post describing the intentions and idea behind the product. According to the company the free antivirus is not going to be able to compete with any of their premium offerings as it lacks their features. Mr. Kaspersky outlined the fact that computer users frequently employ freeware products downloaded from the Internet. The company aims to create a solution that can provide a basic shield against potential threats. 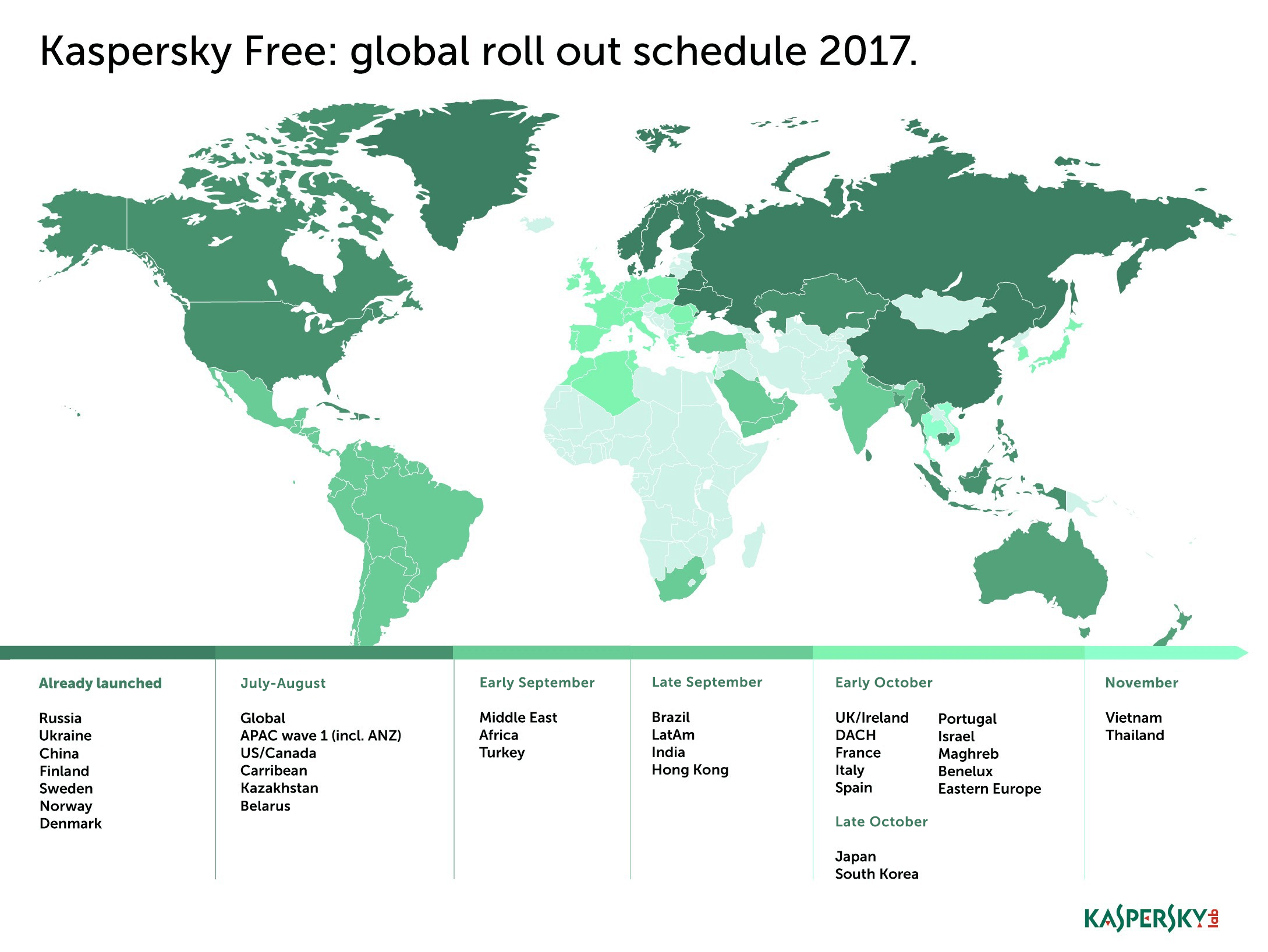 Kaspersky Free Edition Useful Only for a Year

The vendor has released the antivirus after an extensive period of testing in select regions. Kaspersky Labs are providing the product with a priority list. At the moment not all compuer users will be able to download their own copy as the servers are limiting access to the files at the moment. Over the coming days the antivirus will be available to users from the USA, Canada and most Asia-Pacific countries. After the initial release has been done other regions will be able to access it from September onwards.

The new offering may be useful for home computers and basic Internet usage, however it doesn’t include the full set of features associated with professional-grade security solutions. The vendor provides a one-year license to each computer user so that they can test the core engine and decide if they want to upgrade to the paid solution.

And while this may be useful for many home owners, advanced protection software contain far more modules, including new virus detection mechanisms that can prevent advanced strains of computer malware. This is the reason why we recommend that all users utilize a product that has demonstrated its quality over the years.