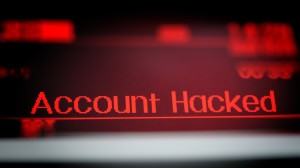 More than six million email accounts around the globe have been compromised over the past three months.

Researchers believe that the amount of exposed email accounts has probably increased thanks to a spike in data breaches.

The researchers who conducted the survey report that the average amount of leaked credentials pro month is around 150 000. A reasonable explanation for the large number of pilfered accounts are the increased data breaches reported in 2014.

Heimdal Security, a Danish security company, explained that the six million hacked email accounts should be considered as an excerpt of the overall exposed accounts.

→”As a security company we only pick up a smaller part of what hackers actually have access to, and you have to remember that the 6 million accounts have only been discovered over the last three months. The actual number could be 20 times as high or more,” says the CEO of Heimdal Security, Morten Kjaersgaard.

The stolen credentials, according to Kjaersgaard, have already been or will be used by cyber criminals in attacks against individuals or businesses.

The past year was marked by data breaches, primarily because of the many attacks against retailers for credit card information.