This little program is perfect for different users – advanced and simple. It has many features that earned it respect over time, main of which is monitoring the fan speed, temperature of the CPU, the HDD and several others. We have decided to review the latest version of the program to display to you what are the features it has and how can it be a benefit in comparison with the competition.

At first glance the program was very light, taking up just 5.0 MBs of RAM and next to none from the computer’s CPU:

When we installed the program and by the way that was lightning fast, we noticed that it detected and attached itself directly to the sensors of the laptop it was working on. Then we noticed which sensor was for which indicator:

Then we went deeper, into seeing the features for advanced users. The results were very satisfying. The program allowed several interesting overviews of the temperature of the GPU, CPU cores, HDD and Temp1 and it even had the ability to present one chart to compare whichever you would like to compare. This is perfect in case you are doing a comparison test between two devices: 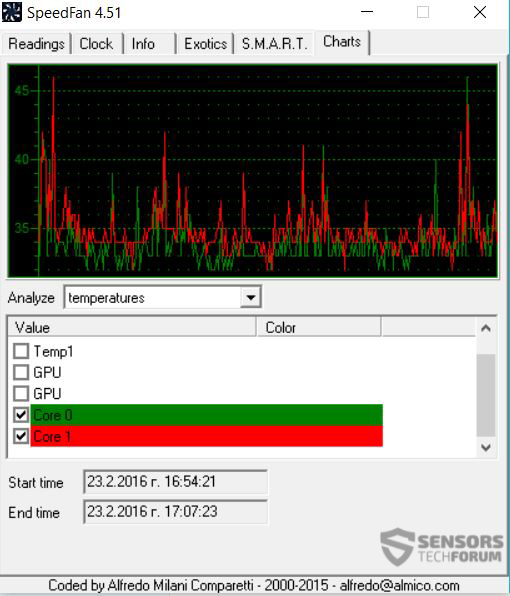 In addition to that, the program favors the users interested In HDD’s as well. It allows users to perform even a so-called “S.M.A.R.T.” check of their hard drive and display hard drive errors as well as its temperature: 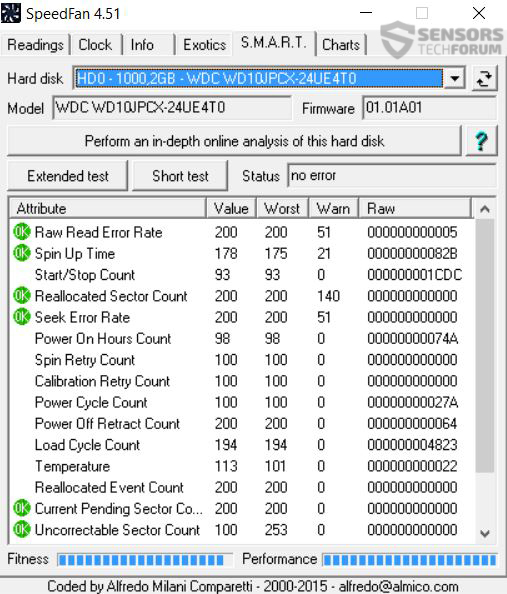 This program is very suitable if you want to change your fan speed in case your fan Is partially broken or noisy especially at high speed. In addition to that the program can even tamper with and work with the sensors of older devices, 64 bit and older versions of Windows:

The program can cope with nearly any values of the:

The simplicity and the size of the program with those features are perfect not only for tests but for active usage in case you want to watch constantly over your device’s temperature. Finally, we have to say a good word for the advanced settings which allowed us to modify and change different preferences according to our demands: 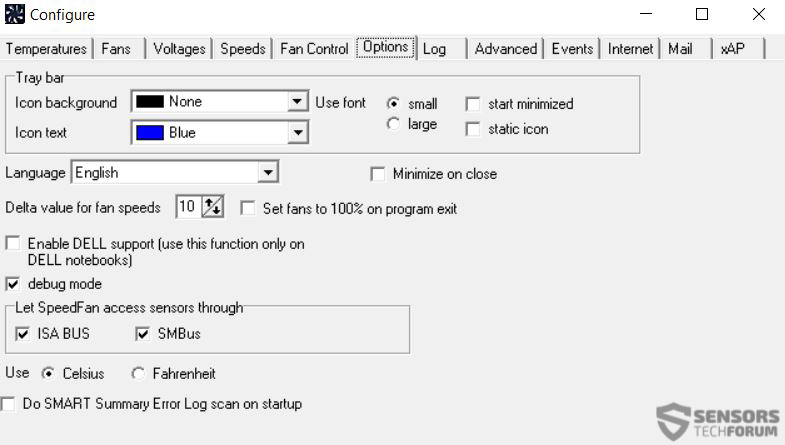 We enjoyed several different aspects of this program:

It was very difficult to find something that needs improving in this software:

As a bottom line we have to admit that this is probably one of the best software, if not the best out there for temperature measurement and fan modification. It totally blows away any competitive software with its lightness and in the same time features and advanced preferences to tamper with.