Students Keep On Using Snapchat Despite The Snappening 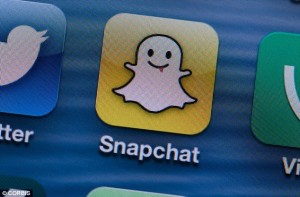 Despite all warnings, it seems impossible to get college kids to stop using Snapchat. A firm that delivers services only to users with email addresses ending on .edu called Sumpto, has recently released a report announcing that over 100 000 private images got stolen from a third-party Snapchat service. The fact that the pictures were then posted online seems not to bother any of the college circles.

Mashable has interviewed about 1 800 undergraduate US students, only to figure out that none of them is at least a bit concerned about what happened. On the contrary, the participants in the survey apparently will keep on using Snapchat without any concern.

75% of the ones interviewed said that the incident will not make them switch to another image service or change the way they are using Snapchat now. 58% of the participants share that they trust Snapchat. The good news – 42% of the students say they do not trust the service. And this is considered positive since Snapchat has earned the worst rating in EFF’s annual Who Has Your Back report.

Another useful piece of information from the survey – 74% of the participants have communicated with their families through Facebook, whereas only 18% have used Snapchat for the same purpose.