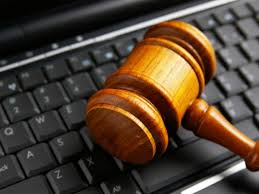 The Abbott government in Australia is aiming to present new online children safety law to Parliament by the end of this year. In a speech from Tuesday this week Paul Fletcher, the Parliamentary Secretary for Communications, revealed some more details on the forthcoming law. One of the law’s regulations will aim at cyber-bullying in some of the biggest social media companies’ platforms and removing those from the Internet. It will also establish a new Office of the Children’s E-Safety Commissioner to follow up on its observation.

Small social media companies like Snapchat will most probably not fall under the law as most of them are overseas and have little in common with Australia. It is likely the government to undertake more informal politics against them, asking them to remove what might be considered cyber-bullying from their platforms.

“We will be pursuing an informal, rather than strict legal, approach,” said Mr. Fletcher in his speech on Tuesday.

A different approach will be taken against big companies, such as Facebook, Twitter, etc. having presence and a lot of users in Australia though. The government has prepared a “two-tier” scheme to be regulated by the law, functioning the following way:

The “tier one” case will be when a company having cyber-bullying materials on its platform will be asked by an official note sent by the government to remove them in a “timely manner”. If they don’t comply with the note though, they will fall into “tier two” where they will face legal penalties.

“This two-tier scheme allows for light-touch regulation in circumstances where a large social media service has an effective complaints scheme; but it gives the government real teeth to require that cyber-bullying material be removed where a large social media service does not have an effective and well-resourced complaints system,” Mr Fletcher said.